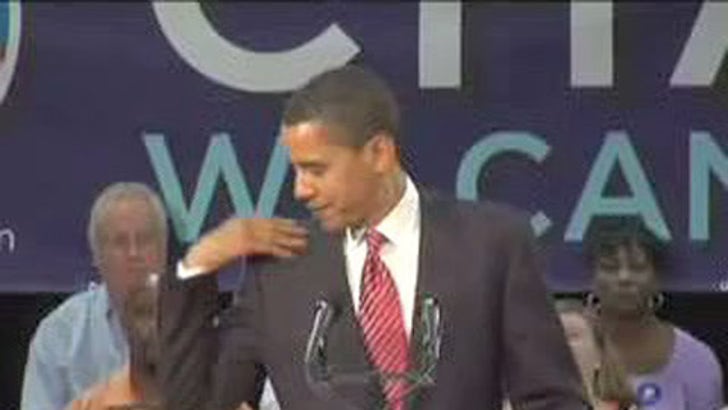 During a speech in North Carolina last night, Obama "brushed the dirt off his shoulders," you know -- like the Jay-Z song -- in response to all the mudslinging that's been going on in the race to the White House.

He's got 99 problems but a Clinton ain't one.