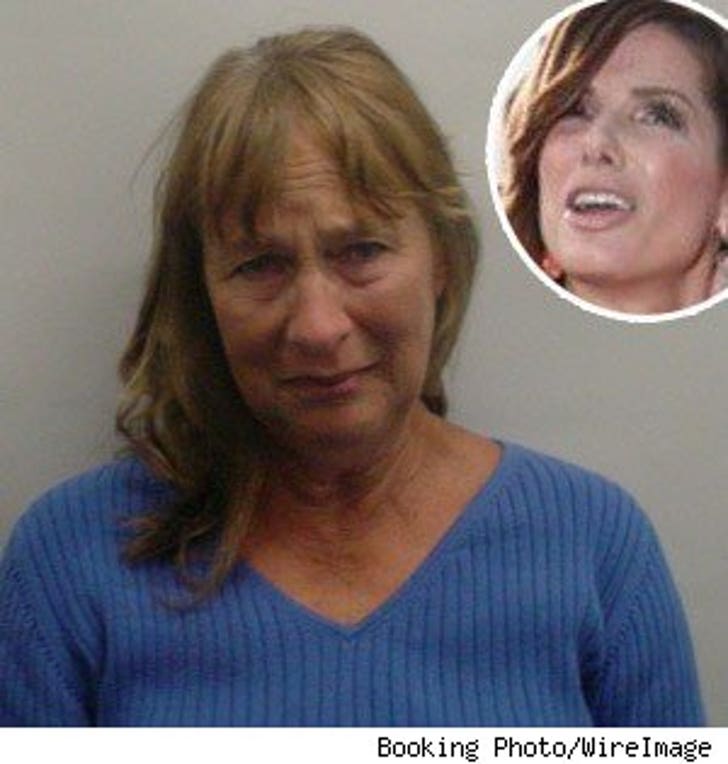 Sandra Bullock and her husband, Jesse James, were hit by a drunken driver last night in Gloucester, MA.

They were being driven to their hotel in Eastern Point at around 11 PM when a gray Subaru station wagon jumped lanes and smashed into their front end, police said. The Boston Herald first broke the story.

The culprit, 64-year-old Lucille Gatchell, was busted and charged with Operating Under the Influence of Liquor -- in our world, that's DUI. She blew 2 1/2 times the legal limit. She was also charged with a Mark Twain violation, which means crossing the white line.

No one was hurt.