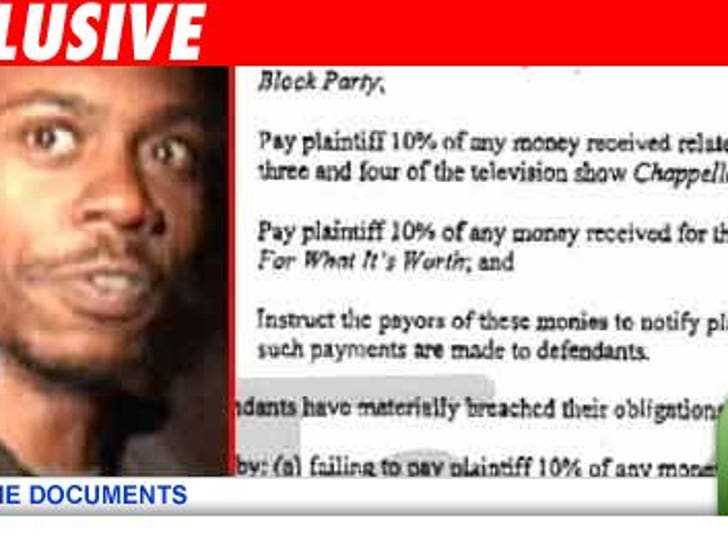 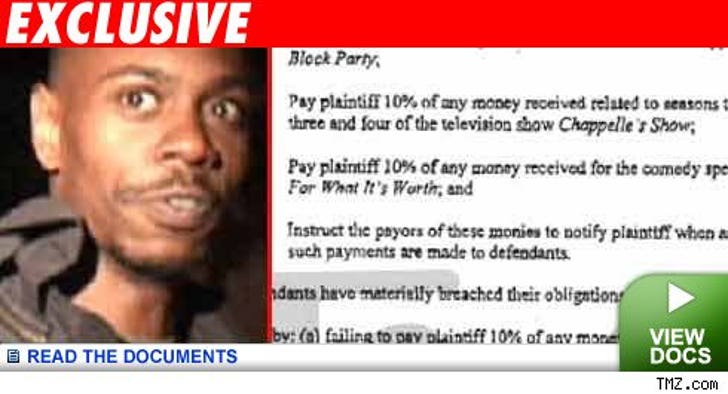 Mustafa Abuelhija settled a 2005 lawsuit with Chappelle after he was fired abruptly. The settlement called for Abuelhija to receive 10% of the profits from "Dave Chappelle's Block Party," 10% of the money Chappelle got from seasons 2, 3 and 4 of "Chappelle's Show" and 10% of any money he received for the comedy special "For What It's Worth." So far, he claims, he hasn't gotten anything.

According to a new suit, filed in New York, Abuelhija claims Chappelle has taken in close to $1.2 mil since they signed the settlement -- and he feels he's entitled to 10% of it. Reminder to Mustafa -- this is a guy who ran out on 50 million bucks and went to Africa.