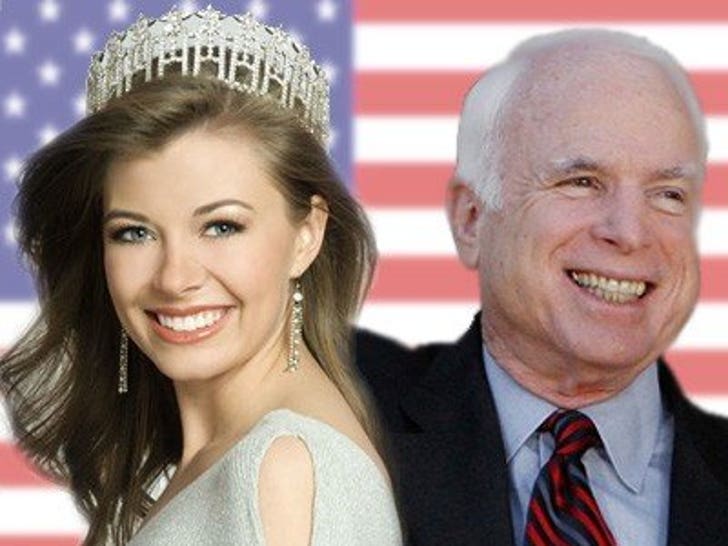 John McCain has hired Miss South Carolina 2007, Ashley Zais, to be his intern coordinator -- and no she's not that South Carolina idiot beauty queen. Paging "the Iraq!" 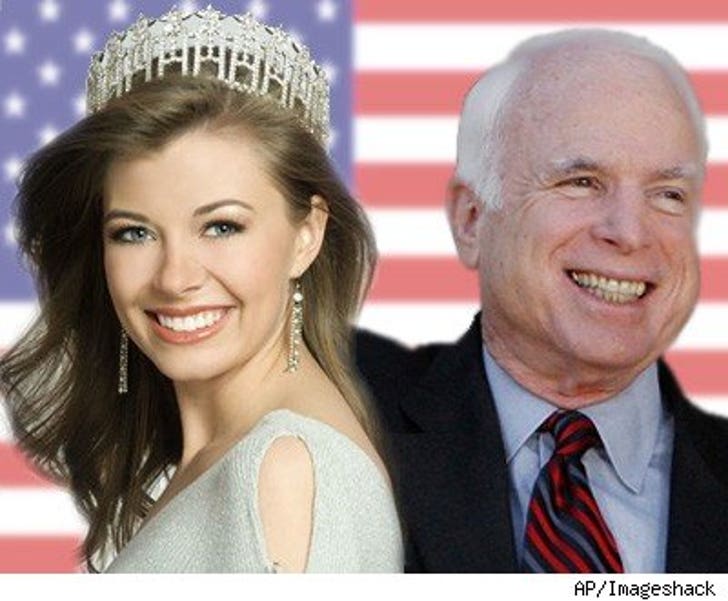 Zais will be in charge of organizing interns for the McCain campaign headquarters. General intern responsibilities include fundraising, phone banking, wearing berets, and staying the hell off of Cindy McCain's man.
Calls to McCain's camp were not returned.