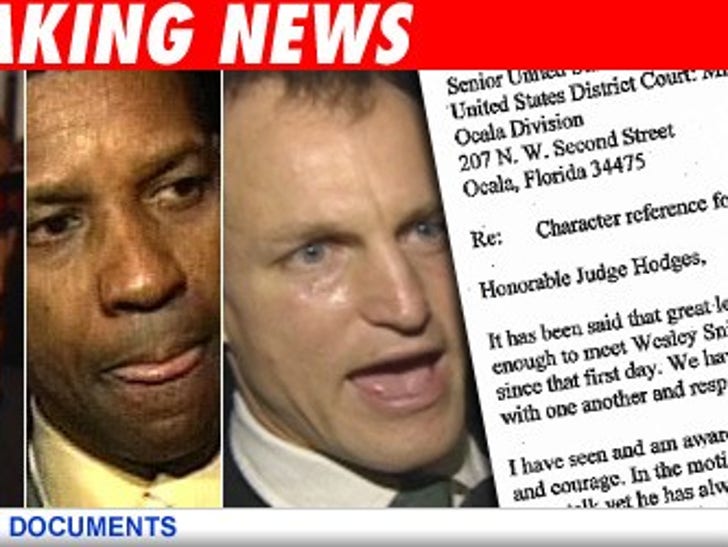 Wesley Snipes got some of his famous buddies to write letters to the judge who is sentencing him for tax fraud, asking for mercy. 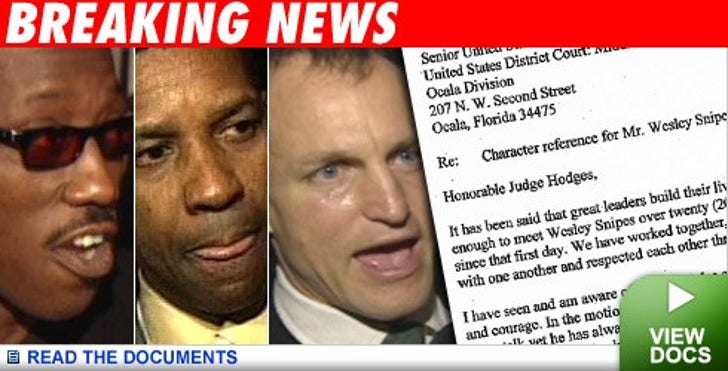 Noted pothead Woody Harrelson wrote about racism. Going well off-track, Woody recounted how he was shooting "Wildcats" and that he and Goldie Hawn were the only Caucasians on the production team. Harrelson said a few of the folks were fans of Louis Farrakhan. Woody wrote, "It was the first time I experienced racism toward me."

Denzel Washington says that Wes is like "a tree -- a mighty oak." What the hell does he mean by that, and how's it gonna keep Wesley out of the Big House?

Then there's Judge Greg Mathis, who says: "Unfortunately, it was his honest nature that forced him into these legalities" and "I can say from my personal experience as a Judge that people are always trying to manipulate and defraud people with a high profile status."

And Judge Joe Brown, who says Wesley is "one of those rare individuals possessed of an extremely developed social conscience."