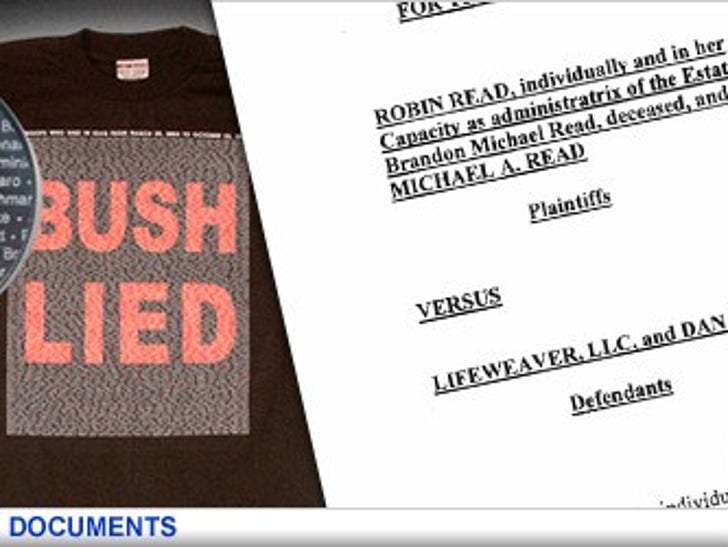 The mother of a soldier killed in Iraq is now fighting for her dead son -- against a T-shirt company. 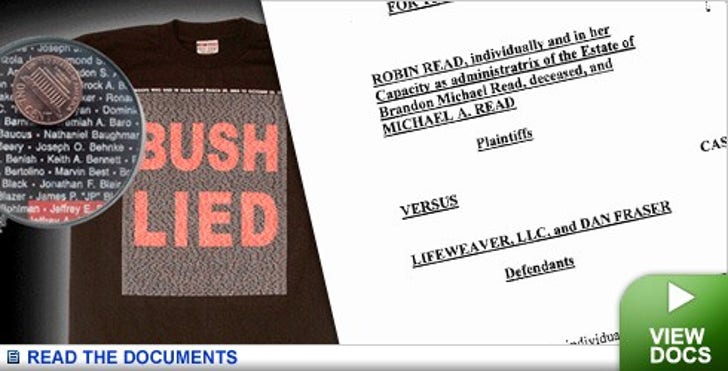 Robin Read is furious with Lifeweaver, LLC for using her 21-year-old son's name -- along with other U.S. soldiers who've perished in Iraq -- on anti-war T-shirts that read "Bush Lied" and "They Lied." Read alleges her son's name was used without permission and that the T's have been sold for profit -- so she's suing Lifeweaver for a cool $10 million over the emotional distress it's caused her.

An email to reps at Lifeweaver, LLC has yet to be returned.