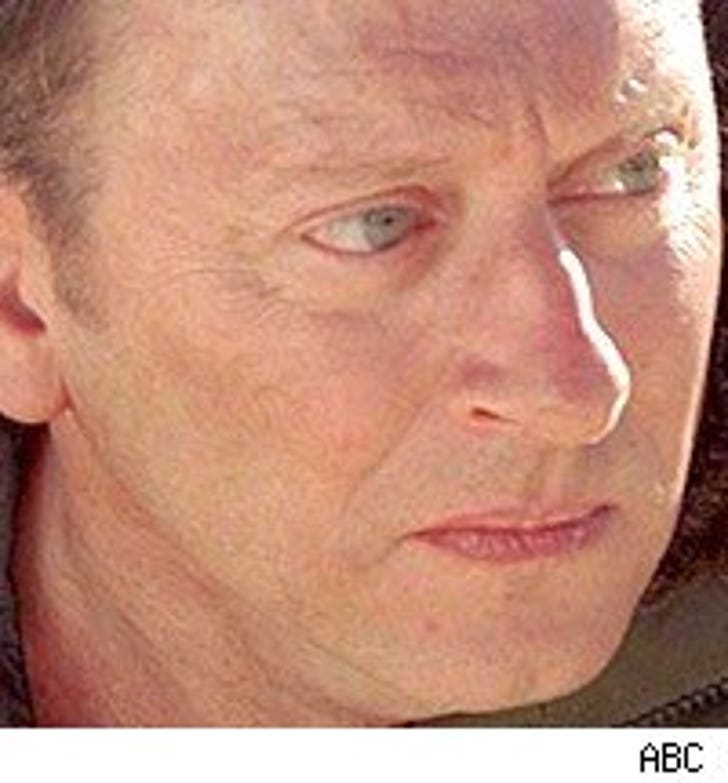 My friend Chris has been great about IMing me the morning of "Lost" and giving me a good one-liner that really sets me up for this blog. Thursday morning he only sent me this: "I totally forgot that 'Lost' started back up tonight. That's like f**king Christmas." Couldn't have said it better myself.

For all you "Lost" Diary newbies, here's how it goes: I gather with a group of friends watching "Lost," writing what happens on the show as it happens, and throwing in my two cents along the way. I am watching tonight's episode of "Lost" solo -- I needed to watch the East Coast feed so I wouldn't end up staying up all night. Gotta get my shuteye. Let's roll:

10:02 -- Previously on "Lost" has never been so useful. I almost forgot what was going on, it's been so long. So there was a plane crash, right?

10:03 -- I like when "Lost" ends chaotically one week, then starts off slow the next. Particularly when that slow start consists of Kate in a state of undress.

10:04 -- When you're hoping a boat is going to come and rescue you, having the doctor of said boat wash up dead on shore is probably a bad omen. Just a thought.

10:06 -- Predictably, Alex turns off the super fence. Question -- is Rousseau really dead? I go with no.

10:11 -- I managed to go this entire week without seeing one "Lost" commercial or reading a single spoiler. So the fact that this is a Ben flash-forward is a complete surprise to me. Color me excited.

10:12 -- Ben seems to have fallen from the sky and landed in the Sahara Desert, with a wounded arm, and stumbled onto a couple of guys on horses wearing turbans and armed with Ak-47s. Clearly someone slipped me acid during the commercial break.

10:13 -- I have to admit, Ben going all Jason Bourne on those guys was kind of a letdown. Ben is like the guy from "Princess Bride" -- he's all intellect. I don't like the fact he's got a black belt, too. It's inconceivable.

10:16 -- One of my biggest pet peeves about "Lost' is how there are dozens of random people running around who never say or do anything. Apparently the producers have decided to cut that number down by having some of them walk into gunfire. Natural selection.

10:17 -- "Lost" does gunfights about as well as Britney Spears sings. BTW -- did Claire just blow up? That would be anticlimactic.

10:20 -- Dean Moriarty is checking into the Tunisia Hilton ... but he's not 100% sure of the year. Nothing unsuspicious about that.

10:22 -- Ben is planning a field trip to Jacob's cabin and it involves Hurley. Better pack an extra picnic basket.

10:31 -- Ben has finally tracked down Sayid and we're beginning to see how he recruited Sayid to work for him -- by exploiting Nadia's death. Same way he always gets people to do what he wants.

10:36 -- Ok, I didn't go minute-by-minute during the Ben vs. Martin mercenary scene for a reason -- I couldn't. As someone who pours over the minutia of "Lost' every week, I have come to learn something. Since there are so many characters spread out over the island, "Lost" has a ton of scenes, usually lasting about a minute, maybe two in length. But when they decide to hunker down for a good five-minute scene, look out. I loved this scene, I really didn't know how it was going to play out. Have we ever seen Ben truly lose in a situation? Not this badly, that's for sure. A+ scene.

10:41 -- Ben scurried off into his fortress of solitude and then snuck off into a Batcave. I literally couldn't make another comic book reference if I tried.

10:45 -- Black Smoke Monster? Hey, it's Ben. Well, not so good actually. I was wondering if you could do me a favor. I am locked inside a house and these six mercenary guys are trying to kill me and they just executed my daughter right in front of me. Yeah, I know. Sucks, right? Do you think you could take care of them for me? Really? Oh, man I totally owe you one. Say hi to the Mrs. for me. Linus, out.

10:52 -- After a bit of a pissing match, Hurley agrees to go with Locke and Ben. Of course he does, he has to find the cabin.

10:54 -- Ben is heading up to the penthouse suite of some building in London. Any predictions on who is there? I am going with Penny, and Ben kills her.

I used to judge an episode of "Lost" by what we learned that week. Lately though, I feel like we're learning less each week than ever before (as if that was possible). Yet, I still find myself enjoying every week, even though every episode fails my "What did we learn?" test.

This week is no different; we learned a few things (Ben can control the smoke monster, for example). But how many big "reveals" have we really had this season? Can't say I have ever been totally blown away at any point.

Tonight though gave us a handful of new questions, which on "Lost" is the far more common occurrence. How does Ben control the smoke monster? How he did land up in the desert? Why can't he kill Widmore? Why does Widmore think the island was once his? What happened to the boat doctor and why did the boat people think he was fine? What are the "rules" Ben spoke of? Why did "Lost" start at 10:02? Did America really need two extra minutes of "Grey's"?

In the end, I found this to be another solid episode of "Lost" -- I enjoyed it the whole way through, even if it never gave me that "OH MY GOD!!!!" moment, though I loved the Alex execution scene. Solid B from me.

I am bringing back an oldie but goodie for my question to you this week -- if you could have one "Lost" question answered next week, which would it be?