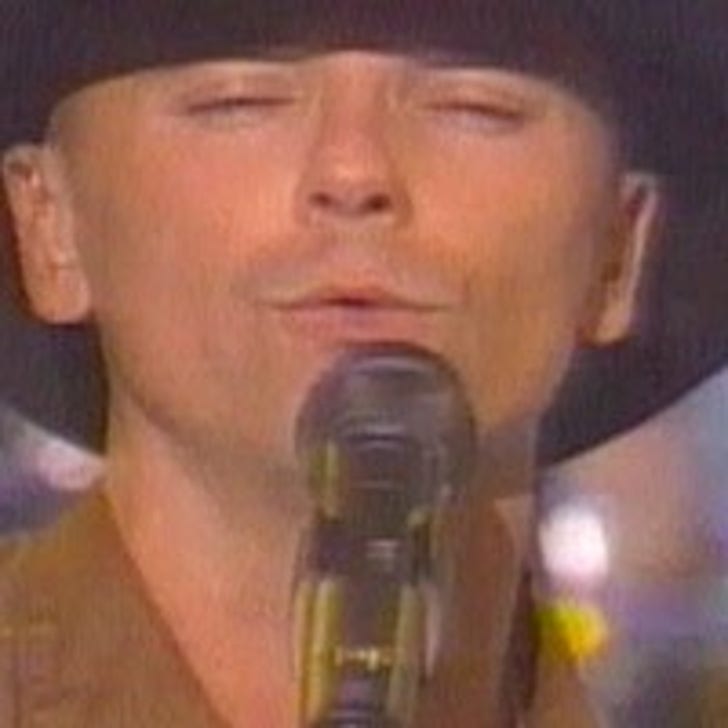 Kenny Chesney suffered a foot injury during his entrance to the stage last night -- but finished his set without incident. Who says country stars ain't tough?

He was coming up through the bottom of the stage on an elevator, when his foot (which was harnessed in for safety) got stuck between the lift and the stage. After finally freeing himself, Chesney performed his whole set -- he was the final act of a show that included LeAnn Rimes and Brooks & Dunn -- with a noticeable limp.