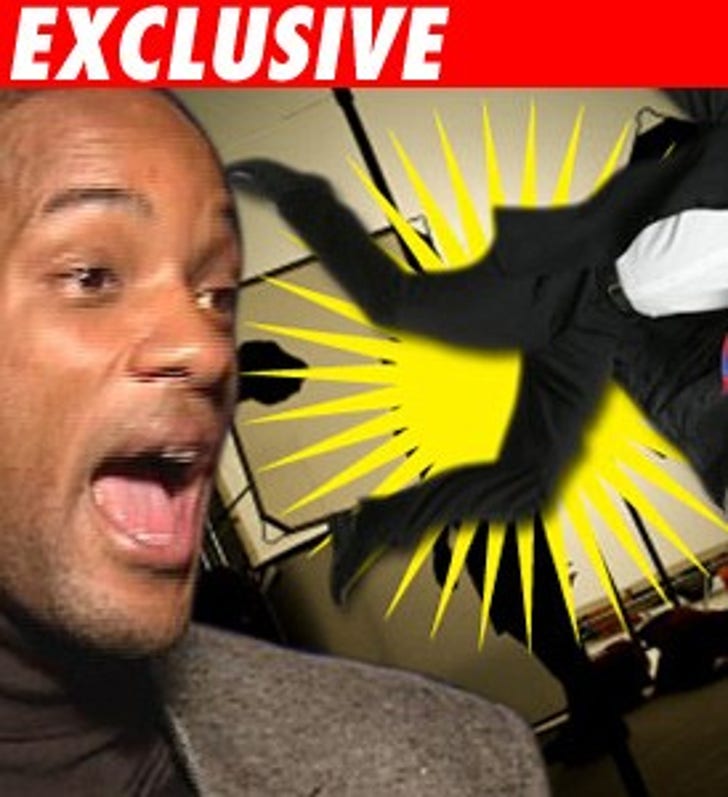 Paramedics were called to the set of Will Smith's "Seven Pounds" movie this morning after a crew member fell and injured himself. Guess he got too jiggy with it.

The 50-year-old grip was taken by ambulance to nearby Cedars-Sinai. The injury was not serious, but we're thinking this guy made it on to Will Smith's Christmas card list.

This is the second time in a week the weight-challenged film has made headlines. A woman who lives near the production was unhappy with the shoot going down in her neighborhood -- namely the public sh***ers outside her house -- and put up a sign trying to get Big Willy's attention.

We thought the action was supposed to happen on screen, not off.