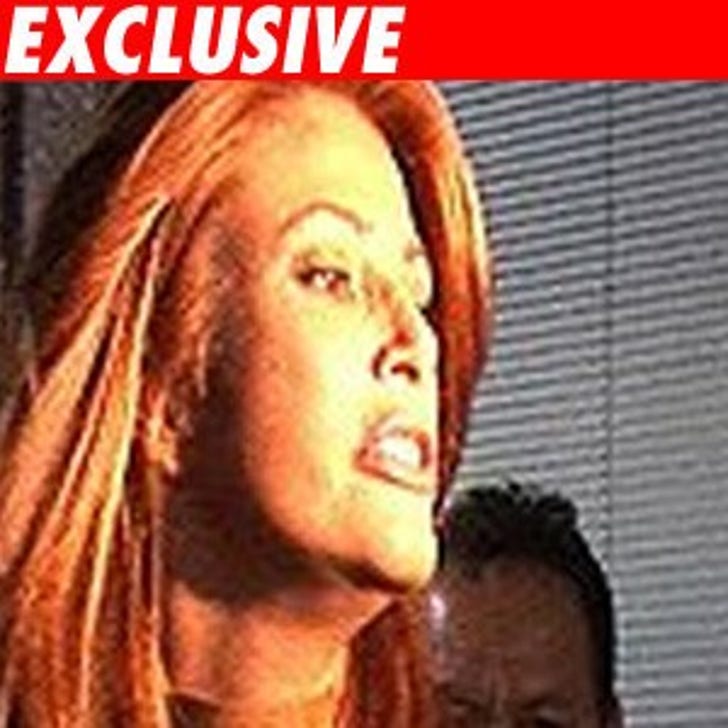 Law enforcement sources tell TMZ Angie Everhart has been charged with one count of driving under the influence after being popped in L.A. last week.

The actress was busted at 2:00 AM after LAPD officers saw her perform that famous California roll at a stop sign. She refused to submit to a sobriety test. We're told she made a point to the fuzz that her lawyer, famed OJ attorney turned LegalZoom.com guru Robert Shapiro, had advised her never to submit to such a test. The police determined she was under the influence.

BTW, by refusing to submit to a sobriety test, her license will automatically be suspended.

She's scheduled to appear on May 15 in front of Judge Michael Sauer, the same dude who threw the book at Paris. Good luck with that!