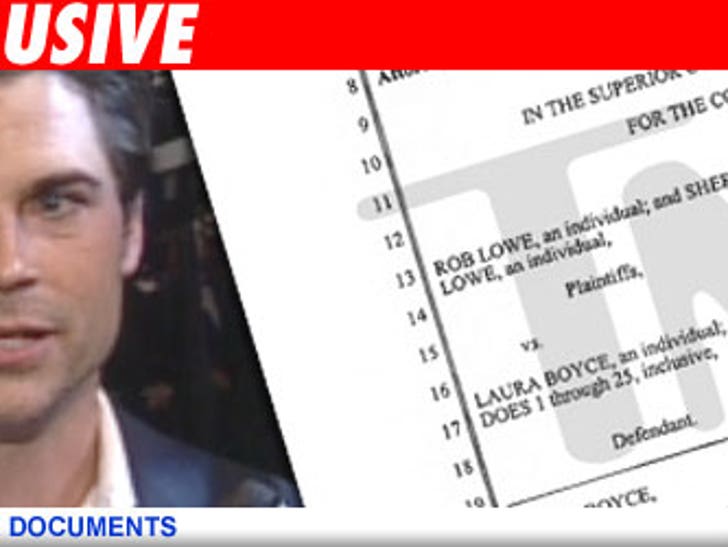 TMZ has obtained a copy of the cross-complaint filed by one of Rob Lowe's former nannies, and it's interesting for what's inside and what isn't. 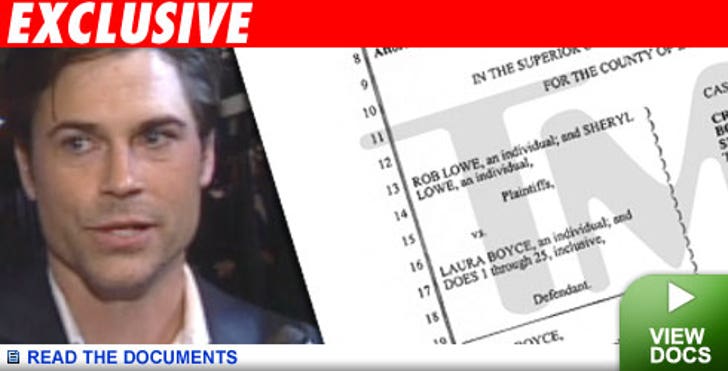 As we first reported, Boyce alleges a litany of misdeeds against Sheryl, including walking around naked, asking about the size of Boyce's boyfriend's penis, whether it hurts to have sex with him (we've learned it's 7' tall NBA player Dale Davis), and claiming during a trip to Kauai, "Sheryl Lowe laughingly said that her husband's 'cock rings' were broken last night and showed them to Boyce."

The complaint, filed by Gloria Allred (who also filed the case on behalf of the other nanny), also claims Sheryl talked about the size of her children's penises.

And Boyce claims when she called in sick, Sheryl responded "she got strep throat from sucking n****r d**k. I mean black d**k."

Through their lawyer, Larry Stein, the Lowes deny the allegations.