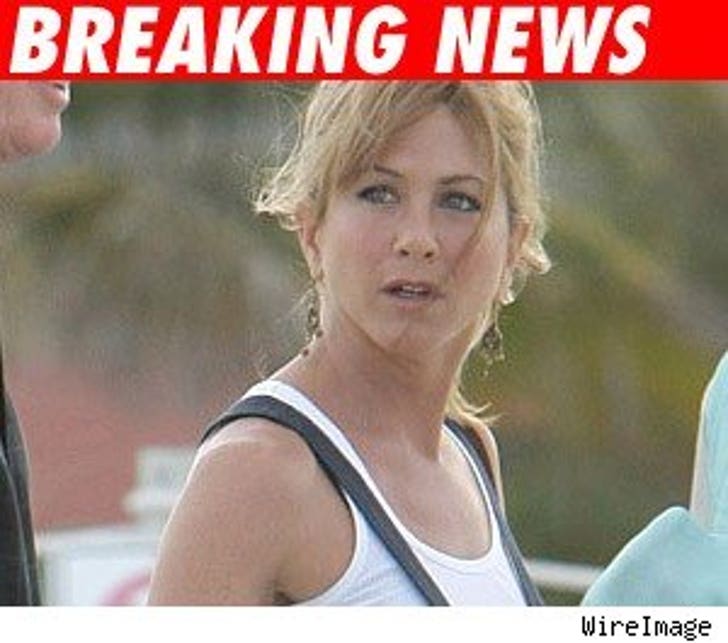 Jennifer Aniston got accosted at a Florida Marlins game tonight by an overzealous photog who got a little too close for comfort. Hands off Mayer's woman!

Aniston was filming a scene at the game with Owen Wilson for their upcoming movie "Marley & Me." CBS4 in Miami tells that after they were done filming, a photog got too close to Aniston and wouldn't back off. Cops warned him several times to keep his distance, but he wouldn't listen -- so officers moved in.

He was taken out of the stadium and eventually released. No charges were filed.