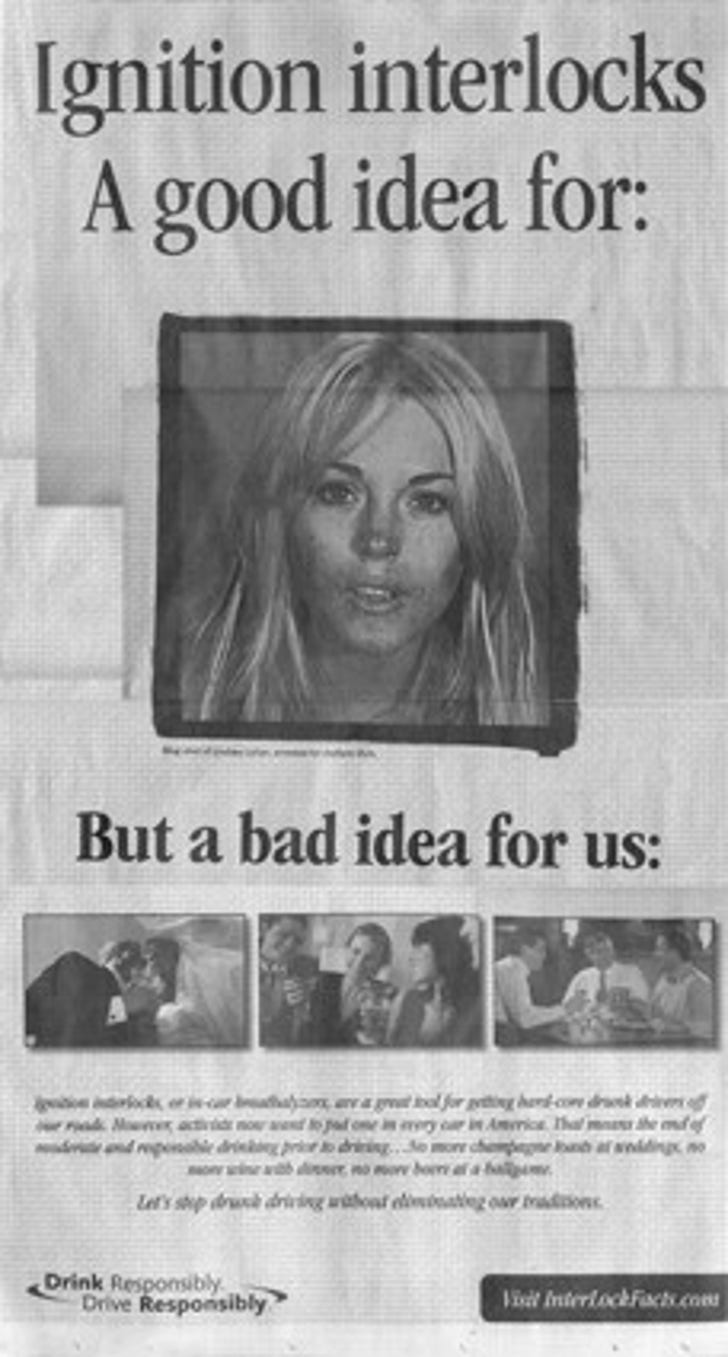 Lindsay Lohan is on the attack after the liquor industry splashed a full-page ad in USA TODAY, crapping on Ignition interlock devices which keep drunk drivers off the road.

The ad, published in USA TODAY, claims the devices are good for Lindsay (showing her mug shot), but not for the rest of us.

"USA TODAY is idiotic for running such an irresponsible advertisement, suggesting that drinking and driving is some kind of American 'tradition' we should protect. Not identifying that this ad was paid for by the liquor industry is profoundly reckless.

Drunk, old, white businessmen, drunk cougars out for girls night out, and drunk wedding parties should be kept off the roads of America. Lindsay Lohan fully endorses ignition interlock devices that have been well-proven to save lives."

BTW, we're told Lindsay has already hired lawyers to determine if the ad violates the trademark laws, which prohibit businesses from using someone's pic for commercial gain without their consent.

And the liquor industry hiding behind some bogus company (Interlockfacts.com) because it knows it's wrong. Nice touch.