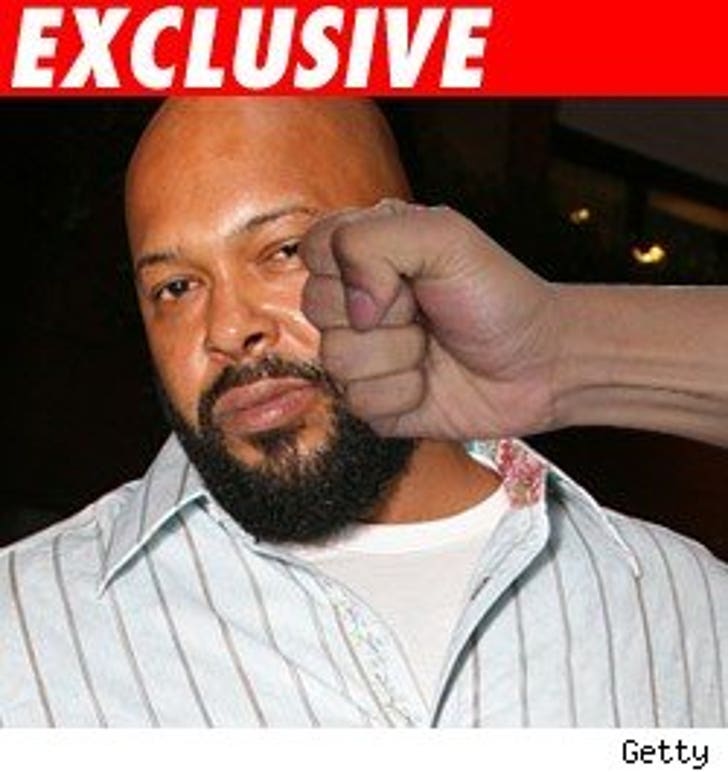 How the mighty have fallen -- literally! Suge Knight was hit so hard by a man last night, he lost consciousness.

LOWDOWN: A TMZ source was there last night, and witnessed Suge talking to a guy -- and the convo was friendly enough at first. Then it turned. Suge shouted, "I want my money!" Suge then rushed the guy with the help of his posse, and began hitting and kicking him. Get this -- during the fight, Suge put a random guy in a headlock, demanding his cellphone.

THE KNOCKOUT: People outside the club broke up the fight, and as the beatee got up, he landed a right hook to Suge's face, knocking him out cold. We're told Knight was out for nearly three minutes. His peeps then rushed him into a nearby SUV. BTW, after Suge woke up, he began yelling for the phone he had just taken from the random guy.

Just another night in H-Wood, folks.