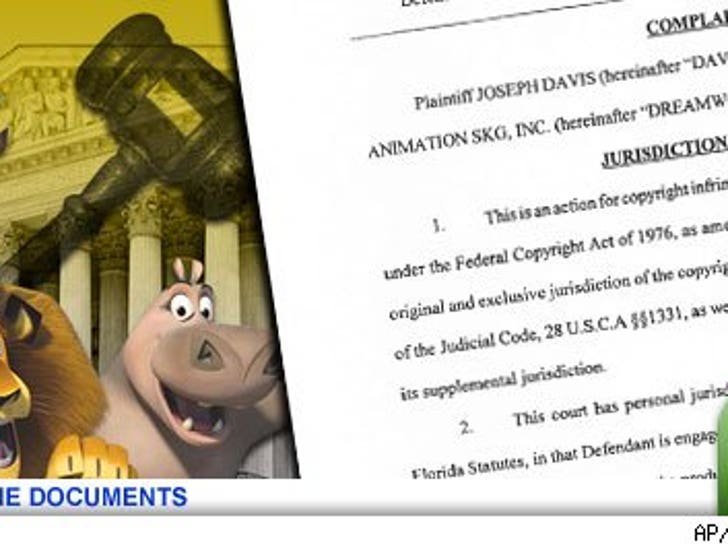 Did DreamWorks rip off someone else's idea and turn it into mega money maker "Madagascar"? 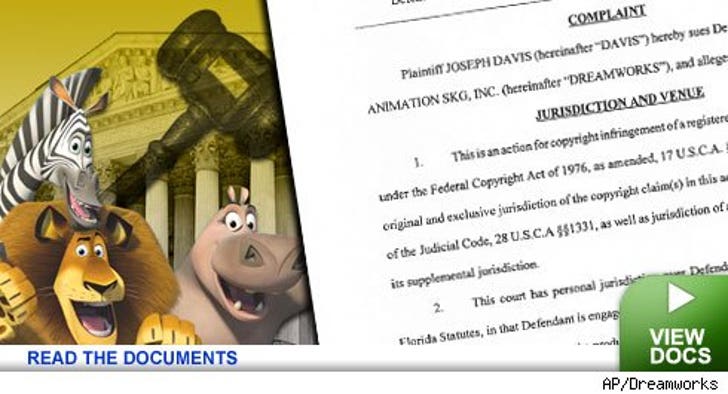 In a lawsuit filed yesterday in Federal court, Joseph Davis claims DreamWorks straight-up pilfered his ideas from a script he sent them in 1999. In the docs, Davis lists similarities between his "Animal's Night Out" script and "Madagascar" -- namely that both works were about animals busting out of a NYC zoo. In one example, Davis' work featured a baboon having a midlife crisis at mealtime. "Madagascar" featured a zebra also having a midlife crisis during a meal. Was their soup cold?

Davis is suing for damages.