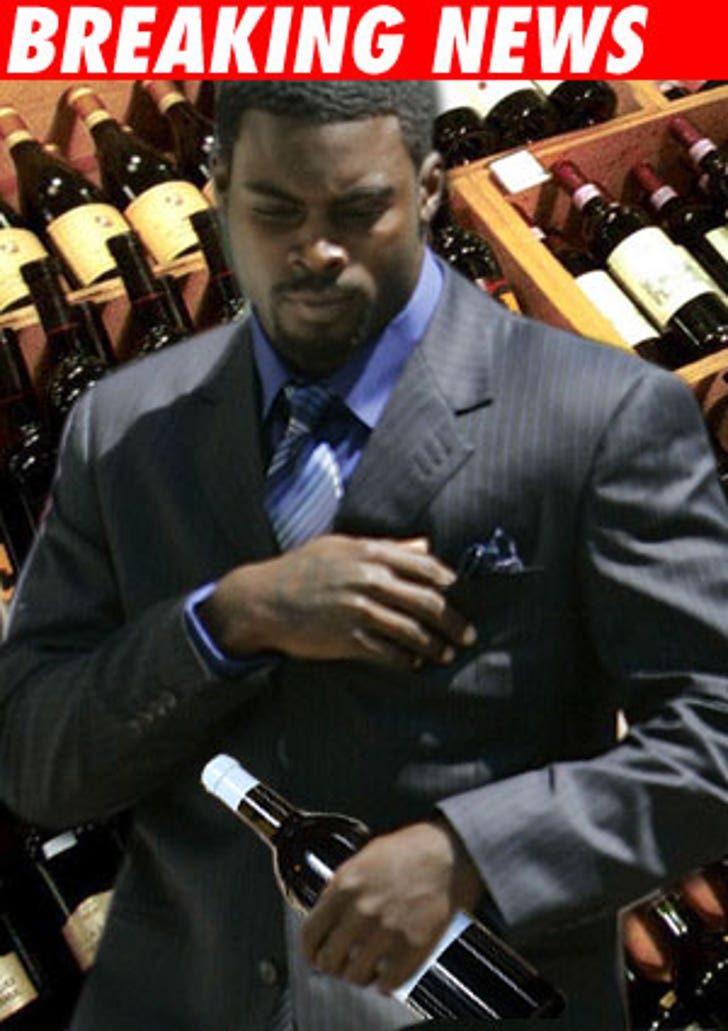 They just keep piling it up on Michael Vick. Now he's been ordered to fork over more than a million bucks for a failed wine bar he tried to open.

Court docs allege Vick and buddy Gerald Jenkins borrowed more than $1.1 million in May of 2006 from Wachovia Bank to open a joint called Atlantic Wine & Spirits. In August of '07, Vick and his cohort failed to make the $8,000 monthly interest payment. Wachovia then declared the loan was in default because "the prospect for repayment was substantially impaired."

A 23-month sentence definitely puts a cork in Vick's ability to pay those bills.