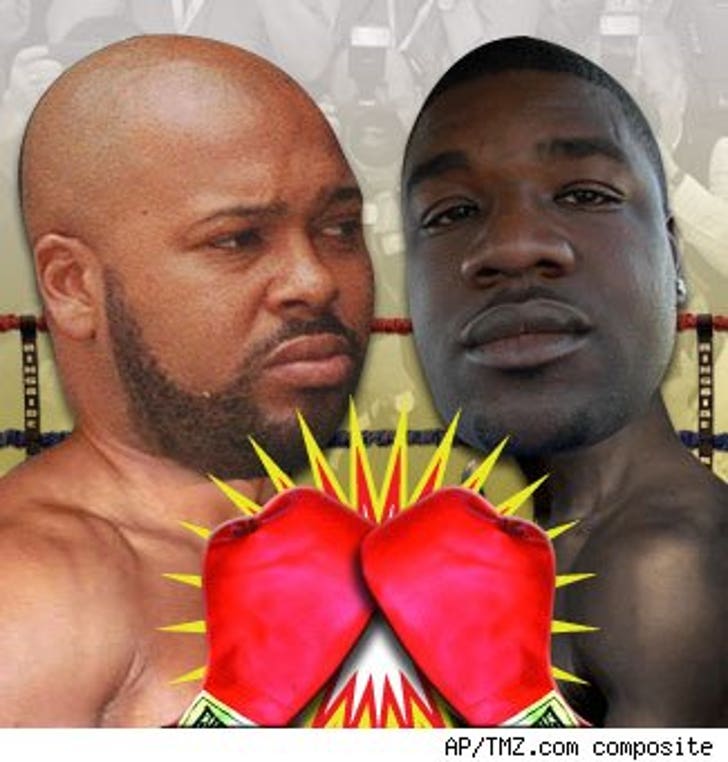 Suge Knight might get his rematch against the guy who knocked him out in one punch -- and it'll all go down in Las Vegas.

TMZ has learned that several Las Vegas promoters -- including Jeff Beacher of Beacher's Madhouse -- have invited Suge Knight and the guy who knocked him out to face up in a bare-knuckled cage match. If all goes to plan, the fight would go down on New Year's Eve and the winner would receive a cool million bucks.

Word is they have sent Suge Knight a letter to extend the invitation -- but they can't find the anonymous barber who delivered the punch.