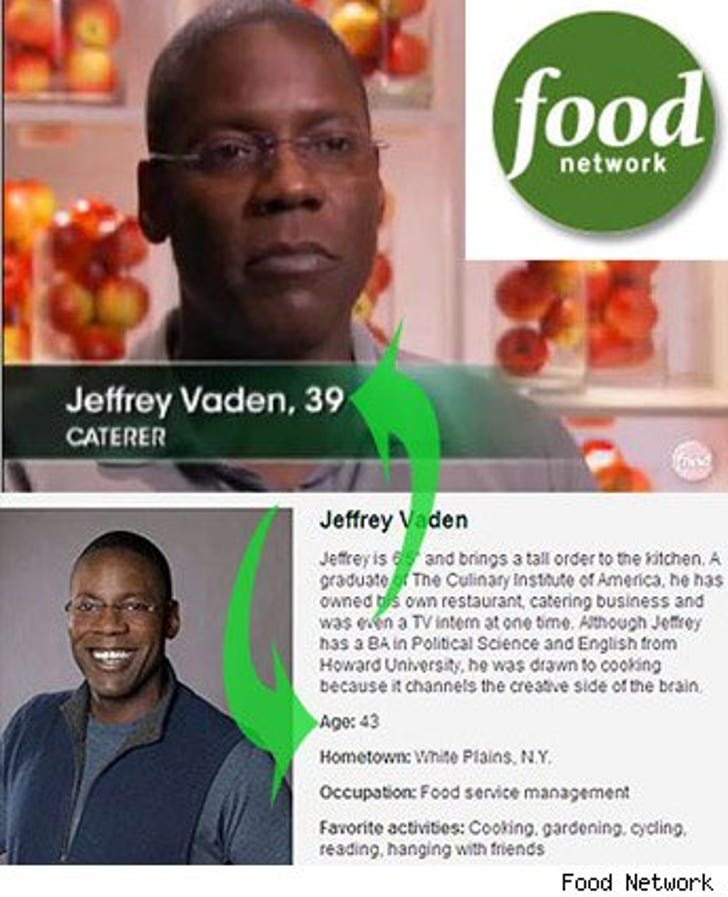 Is the Food Network trying to win over a younger audience by slicing and dicing a contestant's age on "The Next Food Network Star"?

According to his online profile, season four contestant Jeffrey Vaden is 43-years-old. But on the show, he was credited as being a sprightly 39. Foodnetworkaddict.com was the first to have the keen eye. Is this a case of bad editing -- or bad numbers?

According to their profiles, the other contestants on the show, save for one woman, are all in their 20s and 30s. Are two 40-year-olds two too many?

UPDATE: The Food Network just released this statement to TMZ:
"The contestant (Jeffrey Vaden) mistakenly wrote his age as 39 on his initial application, but also provided his correct year of birth and later verified it with the network. The correct age of 43 was used in all network materials but due to a production mistake, the incorrect age was included in the show and the online video. We are correcting the mistake immediately."