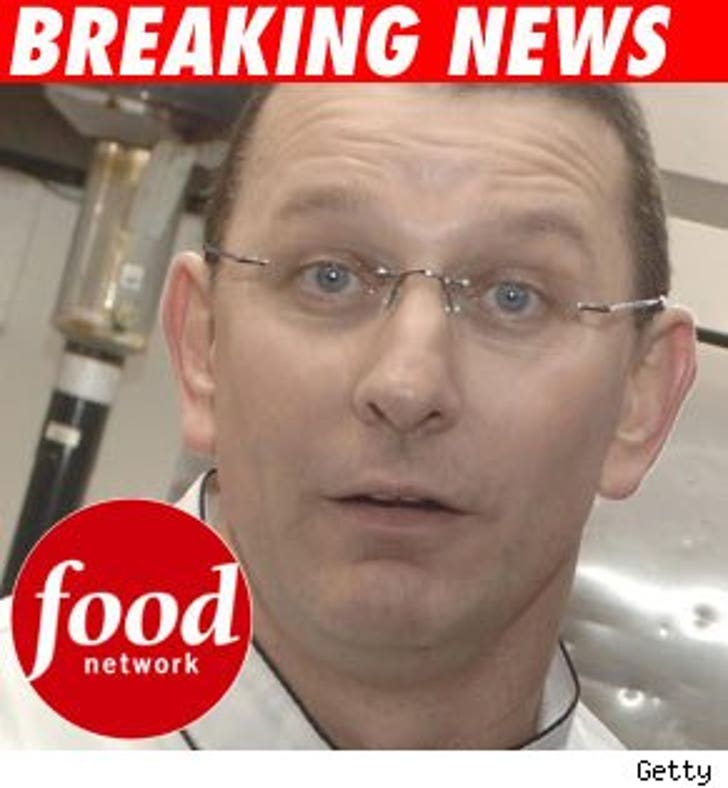 "Dinner: Impossible" chef Robert Irvine has been fired from the Food Network's kitchen!

After it was discovered that Robert lied about his credentials -- including having designed Princess Diana's wedding cake -- Food Network honchos investigated the situation and today released a statement saying they "have not renewed Robert's contract for future seasons" and "will be looking for a replacement host."

Robert apologized for his actions adding, "I was wrong to exaggerate in statements related to my experiences regarding the Royal Family."