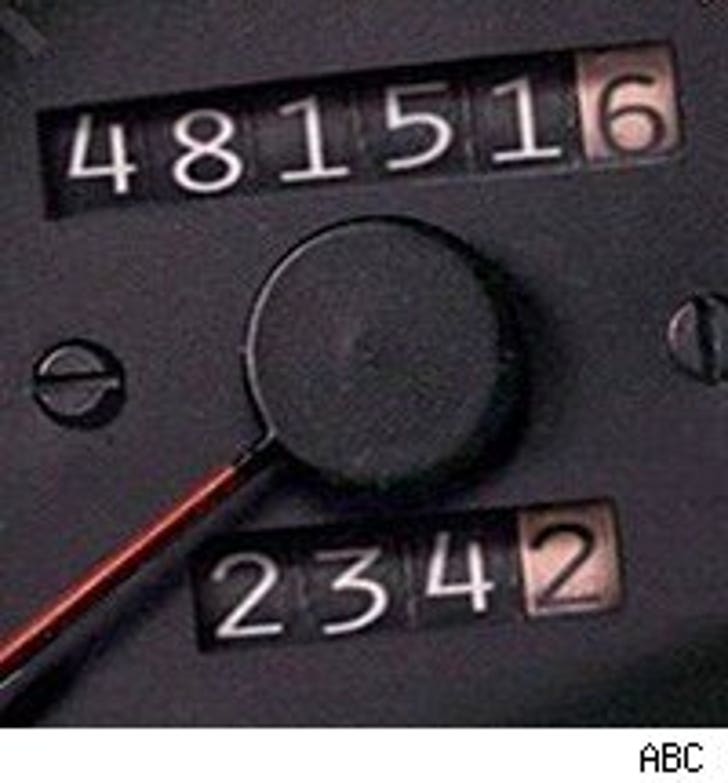 I used to be super excited for "Lost" every week, but this season hasn't left me with that "Oh my God 'Lost' is on tonight!" feeling like it used to. But after last week's great episode -- and knowing that we're down to the wire here -- I'm back to my old level of excitement about tonight's episode.

10:02 -- I am immediately in love with this episode. We're going to get to see how the Oceanic 6 get re-introduced into society. I am already at the edge of my seat.

10:05 -- Odds Widmore or Abaddon is in the crowd waiting for them? I am betting on yes.

10:09 -- Farraday clearly understands what Keamy is talking about, but Jack and the others fail to notice. Also, remember this -- something Sayid does, maybe in this episode, is part of how Ben gets Sayid to work for him (""Remember what happened last time you thought with your heart and not with your head.")

10:13 -- Jack and Kate are making their way through the forest, and Jack is bleeding. Unless Kate takes off an article of clothing, this scene is not going to do much for me.

10:14 -- Hey, it's Miles, Sawyer and Aaron. Sometimes this island is incredibly small.

10:15 -- Did Sawyer just call the Others' little community "New Otherton"? That might be my favorite Sawyer line ever.

10:17 -- Whoa, OK -- so in addition to this fairy tale about a typhoon washing a fishing boat ashore, Kate is telling people Aaron is her baby. I got that one wrong.

10:25 -- Ben is taking Locke and Hurley to the Orchid, just like Keamy thought he was. Ben also says moving the island is "a measure of last resort."

10:27 -- Ben just used a mirror to communicate with someone up on a mountain -- most likely Richard and the rest of the Others.

10:28 -- Sayid trusts Farraday with the raft, which I totally would have to. I like Farraday.

10:29 -- Hmmm, Sun gets on the raft, splitting her and Aaron up from the rest of the Oceanic 6. Interesting.

10:31 -- I thoroughly enjoyed Sun's Korean bitch-slapping of her dad. I can only assume Widmore is the second person she blames for the crash. Maybe Ben.

10:38 -- Of all the things I have ever seen in my life, I don't think anything has given me goosebumps quite like seeing the odometer on Hurley's car -- and it's "the numbers." If I may quote Keanu Reeves, "Whoa."

10:39 -- As Hurley was running away, all I can think of is this -- I wish the camera would stay on him longer, 'cause I am guessing he didn't "run" very far. Probably changed to walking after like a block.

10:44 -- Farraday delivered everyone back to the freighter safely. I have to say, no matter what goes down, I hope Farraday is involved in the show next season -- Miles, too. The rest of the Freighter Tots can go.

10:46 -- Well that's weird -- something on the boat is broadcasting, blocking the freighter's signal. I am guessing Michael would know something about that.

10:47 -- Lawnmower Man is handcuffed to the boat when Sawyer and Jack find him.

10:49 -- We're at Jack's dad's funeral and afterwards a woman comes up to him -- with a thick accent. Might Jack be about to learn about Claire?

10:55 -- Alright, I know he's a small character and all -- but I get super duper excited every time Richard shows up.

10:57 -- Based on the music and the slow-motion walking, I am going to say Sun just saw Jin for the last time.

When "Lost" is on its game, it has a little bit of everything -- and tonight's episode was certainly that. Moved the plot forward, revealed a little bit, and gave us more than a few fantastic scenes. All the flashforward scenes tonight were right on the money as far as I was concerned. And, in some ways, that is what's been wrong with this season.

Only now do I feel like we're building up to something really happening on the island that will really mean anything.

Tonight's episode was definitely an A -- with the numbers on the odometer thing being a subtle, yet truly memorable "Lost" scene.

Here's my question to you today: How do you like your flashes, forward or back?