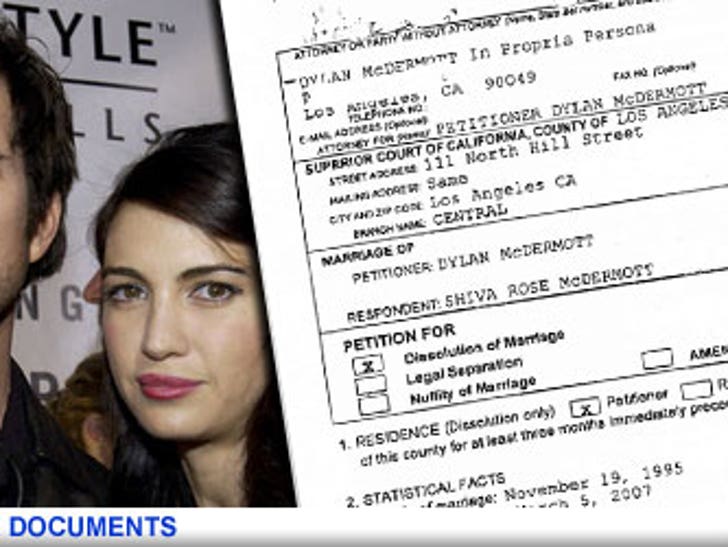 Dylan McDermott, better known as, "oh yeah, that guy," from "The Practice" and a bunch of other canceled shows, has officially pulled the plug on his marriage. 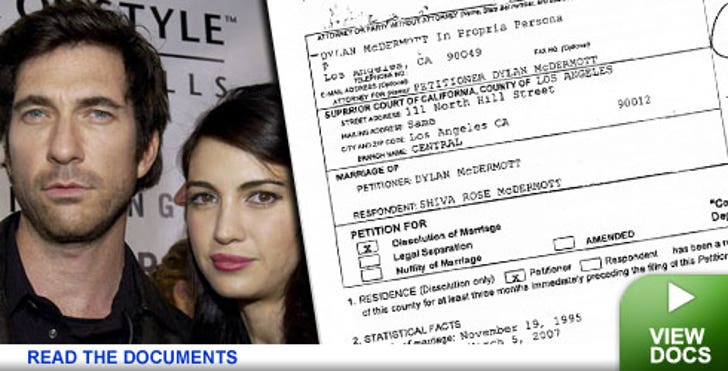 McDermott and actress wife Shiva Rose were married for nearly 12 years before separating in March of 2007. The couple, who cited irreconcilable differences for the split, has two kids together -- Dylan is asking for joint custody.