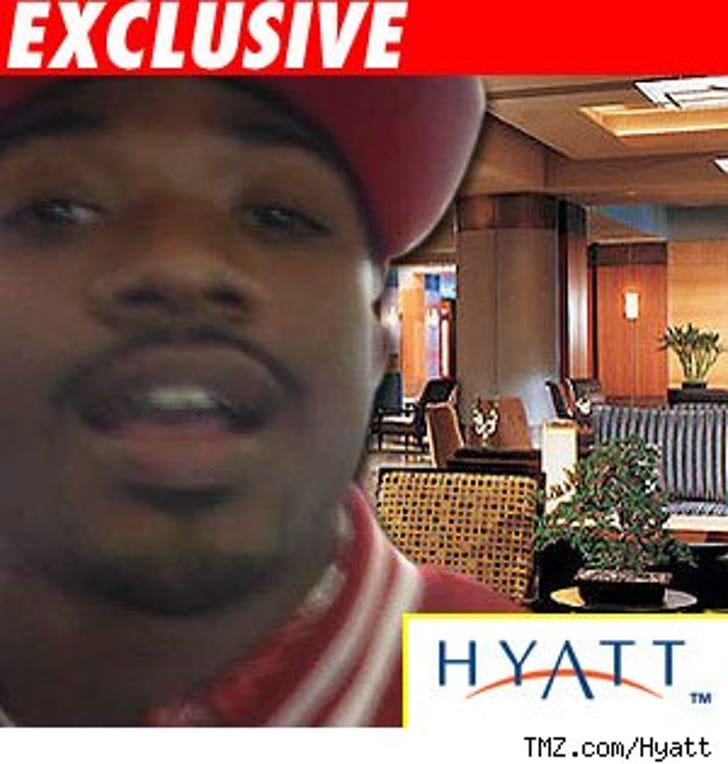 R&B boy toy Ray J was tossed out on his behind early Saturday morning from the Hyatt Regency in D.C., because Brandy's bro allegedly had a stash of marijuana and a drug called "Boat" (a club drug) ... this according to TMZ sources.

We're told Ray J went to his room after partying it up, when hotel management got a complaint. It appears security went up to the room where they allegedly found all the drug stuff.

Our sources say the singer tried to bribe hotel security so he could stay but they didn't bite. We're told Ray J went crazy, arguing like a mutha. Eventually, Mr. J's own security came to the hotel and carted him away.

Police were called, but no one was busted.

And the supreme insult -- Ray J had to check into a Holiday Inn down the street. Oh the humanity.

UPDATE: Ray J's rep tells us "The altercation did not directly affect Ray J -- it was people in his entourage. But he did the gentlemanly thing and left the hotel anyway."