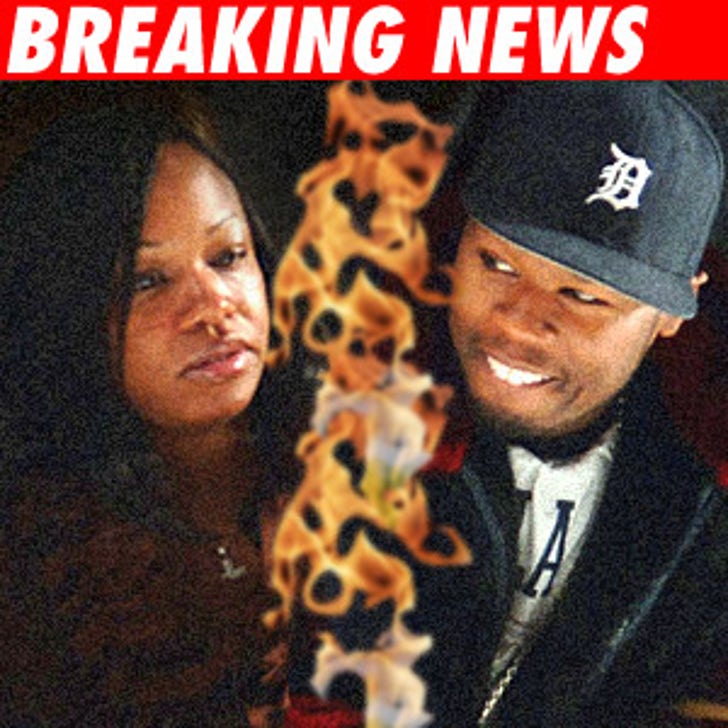 A judge has just told 50 Cent he can't sell, unload or otherwise get rid of what used to be his $2 million crib in Long Island -- not until they figure out what caused the fire.

The rapper has also been ordered to put any insurance money he gets from the toasted house in a trust account until his fight with ex-GF Shaniqua Tompkins is resolved.

When we caught up with her after the hearing, baby mama Tompkins maintained that the house was still hers, but didn't go so far as to blame Fiddy for the fire.