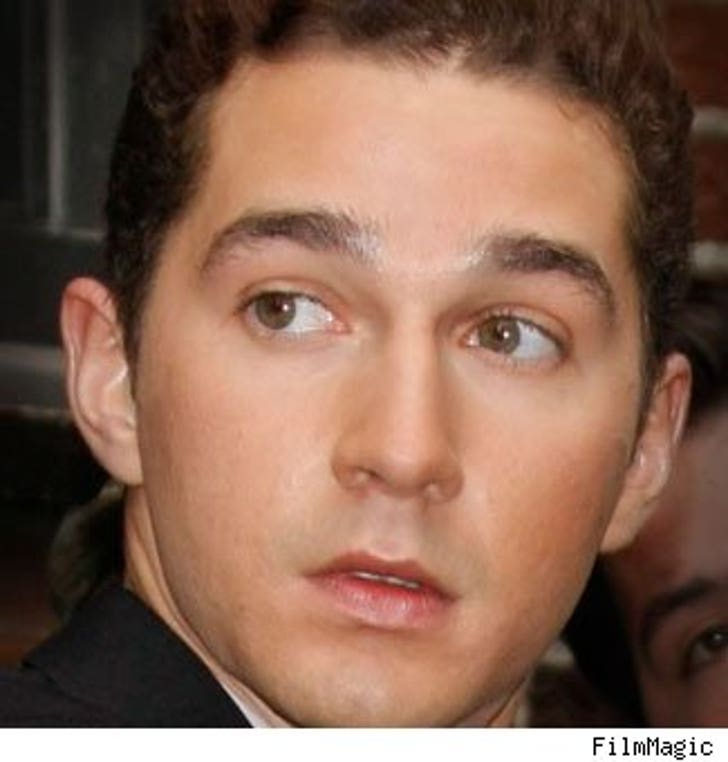 Shia LeBeouf has removed his foot from his mouth long enough to say he's "embarrassed" for using a homophobic slur. Paging Isaiah Washington!

The 22-year-old spoke out about the YouTube video featuring him begging to get slapped -- but not before he calls his friend a "faggot."

His rep says the video is old, adding that Shia "is very embarrassed that this footage is being seen by anyone." He should be.