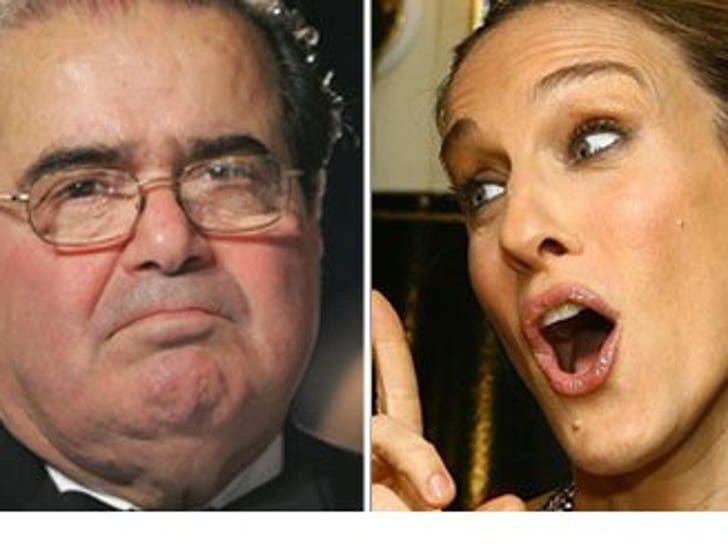 Justice Antonin Scalia says he's a gentleman, but he ain't no starf***ker. 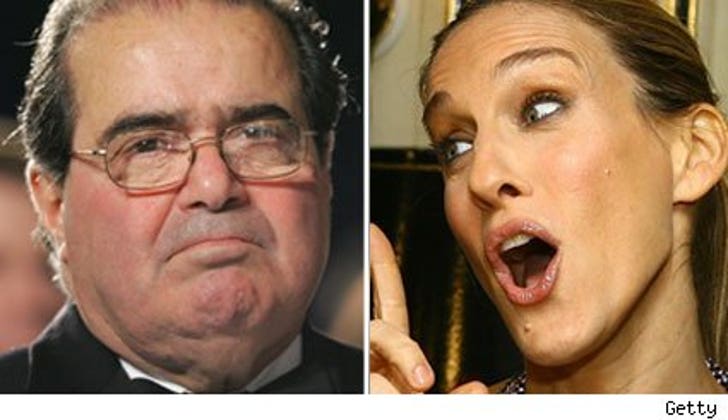 Here's what's true. Scalia ran into Sarah Jessica Parker in NYC recently. She needed a light for her cig -- he obliged.

Here's what's not true, at least according to a Supreme Court spokesperson. Hizzoner didn't know who she was and was allegedly just being a gentleman -- even though he's far to the right of Louis XIV. He was not, reports The Legal Times, "gushing."

Now we can rest in peace and rest our case, since we were able to put a Supreme Court justice and SJP in the same post.