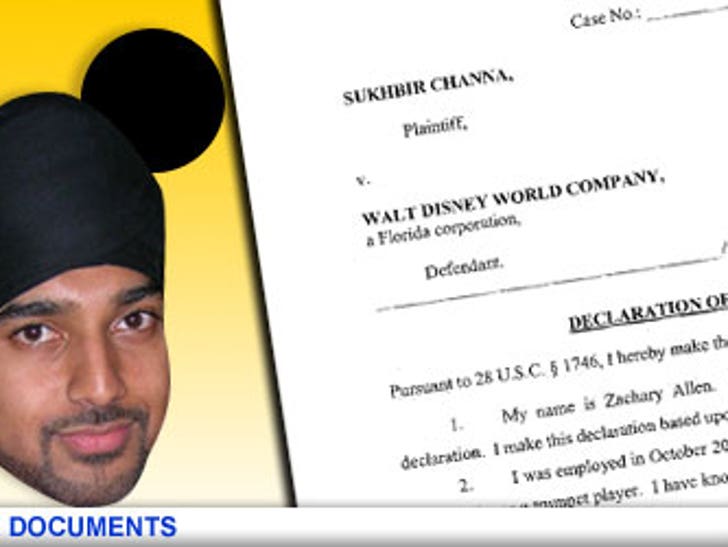 Mouse ears don't grow on turbans, according to a Sikh trumpeter who says he got negged for a job by Disney because of his religious headgear -- and facial hair. 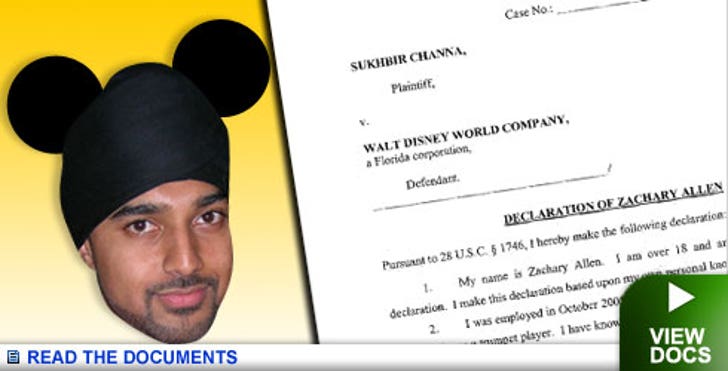 In his suit, Sukhbir Channa says when he applied for a job at Disney World in 2006, he was told his turban, beard, and long hair didn't conform to the "Disney look." Here's the goofy part: just a few months before, in 2005, he says he marched as a toy soldier in a Disney parade with no problems-- but then his turban was hidden by a big toy soldier hat.

Disney tells TMZ that Channa's claim is "without merit."