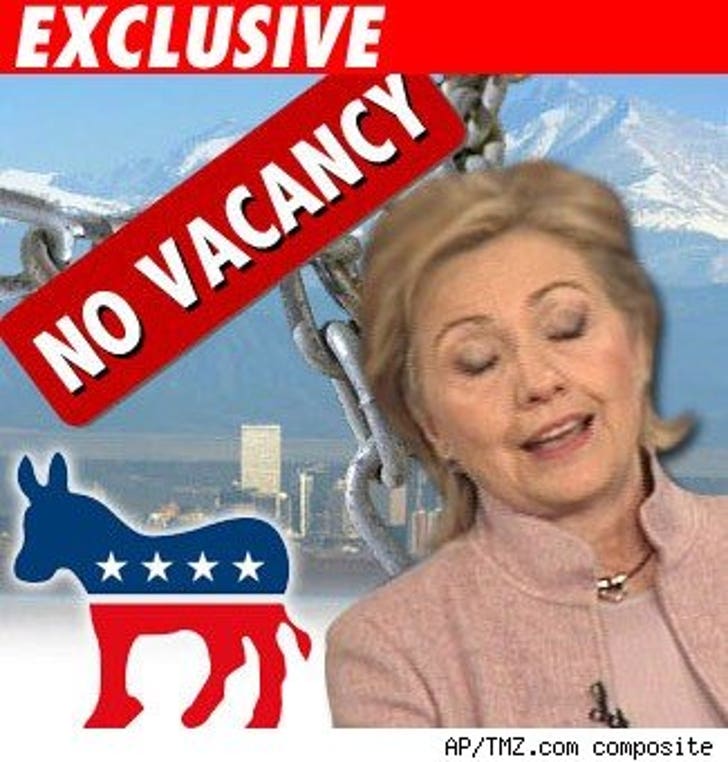 Sources tell TMZ that Team Hillary had reserved hundreds of Denver hotel rooms for staffers and supporters during the Democratic National Convention in August -- rooms they really won't be needing anymore!

Now, we're told the campaign has sent emails to politicos, charity organizers and supporters who might be looking for a place to stay for the big bash!

Calls to Hillary's camp have not yet been returned.

UPDATE: Hillary's peeps say this is "incorrect" and the campaign "plans to use its entire block of rooms."