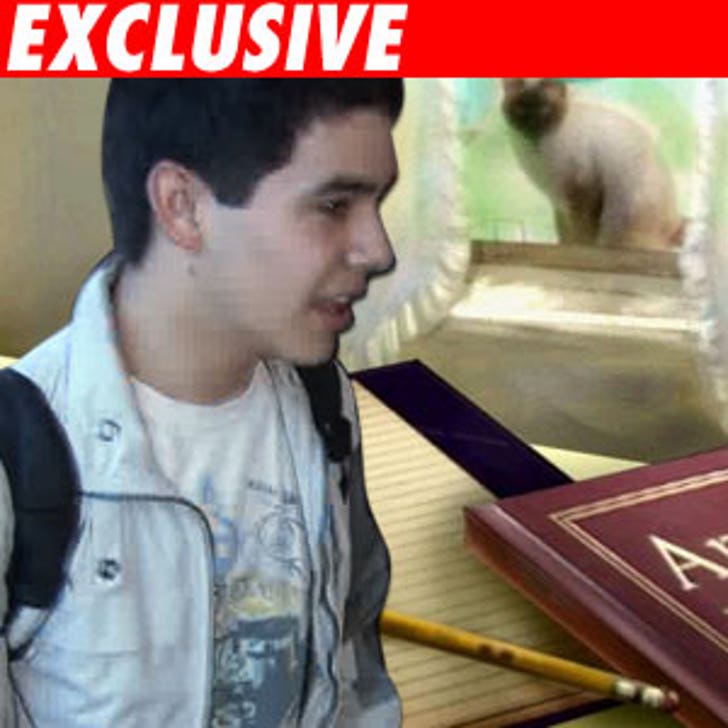 Guess David Archuleta won't have to worry too much about that prom next year -- because he won't be going to Murray High!

David withdrew from school during his run through "American Idol." School officials tell TMZ David hasn't re-signed up for his senior year, which starts on August 25.

He'll be out on the road on the "AI" tour until September. Our sources tell us he is ditching Murray to do the home school thing (as in home with Daddy Dearest Jeff ) so he can work on his new album.

We haven't heard from David's reps as yet.