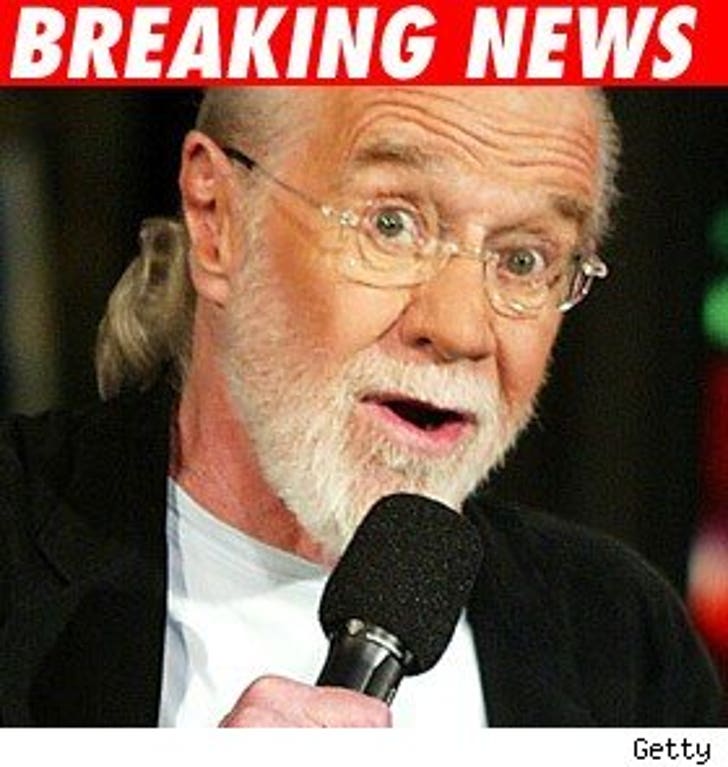 Bust out those seven words, it's time for a tribute. Legendary comedian George Carlin has died.

The 71-year-old Carlin died around 6:00 PM PT this evening at an L.A. hospital after being admitted earlier in the afternoon for chest pains.

A battle over his comedy -- namely his "Filthy Words" routine -- went all the way to the Supreme Court.