Private security was hired to patrol the beach where Matthew McConaughey surfs -- but that didn't stop another brutal beach beatdown from taking place yesterday between a band of violent locals and the paparazzi. 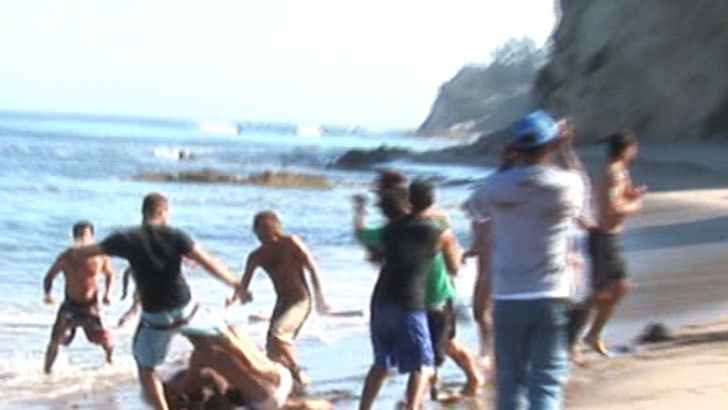 After a beachgoer chucked a beer bottle at one of the paps on the shore, an all-out brawl took place by the water -- ending with some badly busted-up faces and a lot of ruined camera equipment.

Though the L.A. County Sheriffs Department eventually showed up, no arrests were made.