A group of surfers just got gnarly on a group of paps -- all over photos of beach king Matthew McConaughey! 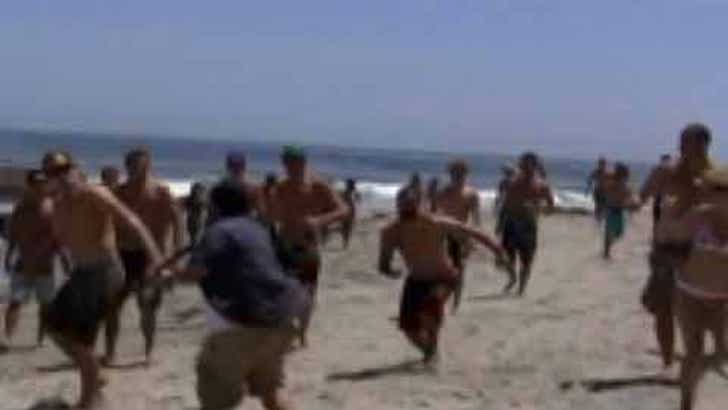 Around 12 photographers were on the beach in Malibu Saturday afternoon trying to get shots of Matty hitting the surf, when an all-out smackdown was laid on the pappers by turf-protecting surfers.

One pap was hit in the face and we're told suffered a broken nose, while another was thrown into some rocks and had his camera smashed. McConaughey was not involved in the ruckus.

Police tell us a battery report was filed by one photographer but no arrests have been made.

A rep for Matthew has yet to get back to us.