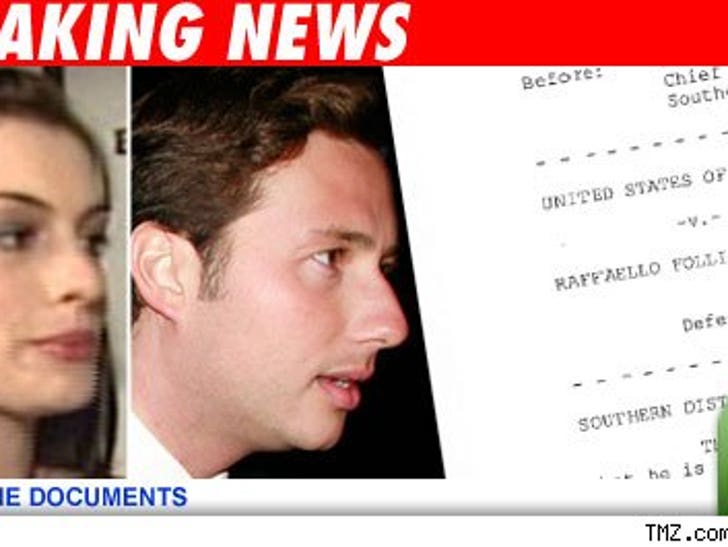 Good thing Anne Hathaway got real smart and recently cut bait on her Italian BF -- now he's been arrested on federal wire fraud, conspiracy and money laundering charges for claiming to be associated with the Pope! 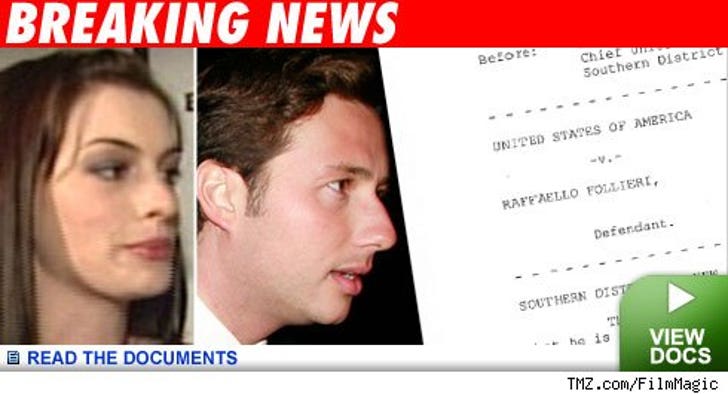 Zach Braff-alike Raffaello Follieri is due in Manhattan Federal court on Tuesday, accused by the FBI of lying to an investor, saying he'd been appointed the chief financial officer of the Vatican. In the Fed's complaint, Anne is mentioned -- not by name, but as RaFo's "girlfriend" -- and as the beneficiary of some of his allegedly ill-gotten gains.

Cops say because people believed his faux Vatican connection, he was able to buy properties owned by the Catholic church in the U.S. at a way cheaper rate.