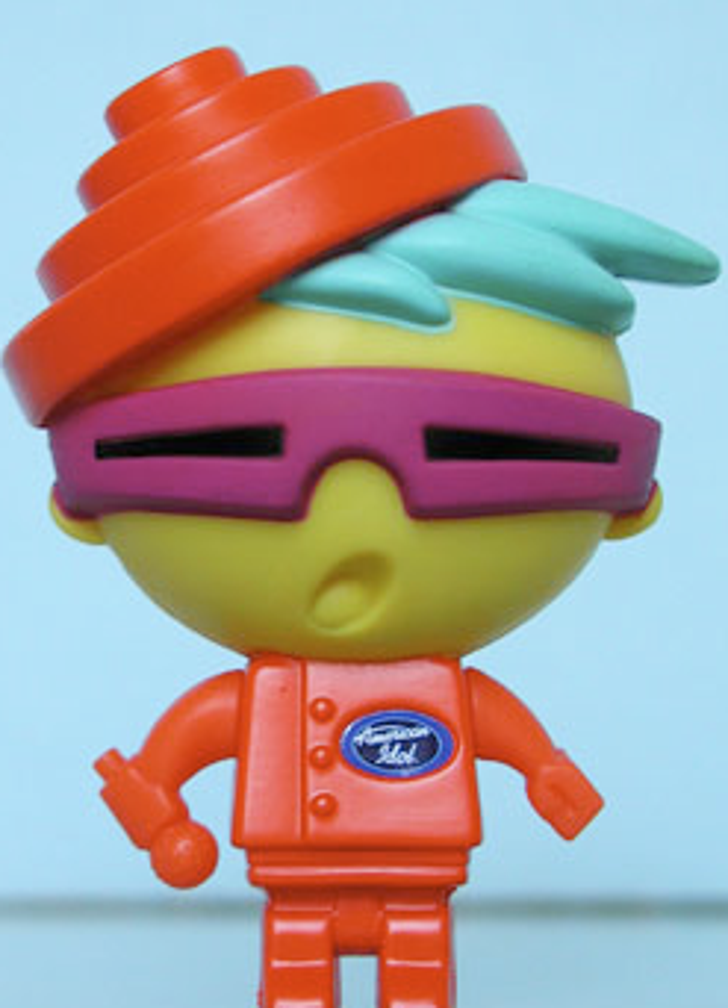 Devo -- yep, as in '80s Bar Mitzvah stalwart Devo -- is red hot over a McDonald's Happy Meal toy that they say co-opts their most famous get-up.

The New-Wave band is whippin' mad over "New Wave Nigel," (left) a lil' singer guy who clearly wears one of their concentric "Energy Dome" hats. On their website, the Devo boys call the toy an "unbelievable rip-off."

The fast food behemoth had no comment as yet.

UPDATE: Devo's lawyer tells TMZ that there isn't any lawsuit being filed -- and there won't be. The matter has been "amicably resolved on mutually agreeable terms." The lawyer did not indicate whether she too wore an Energy Dome during billable hours.