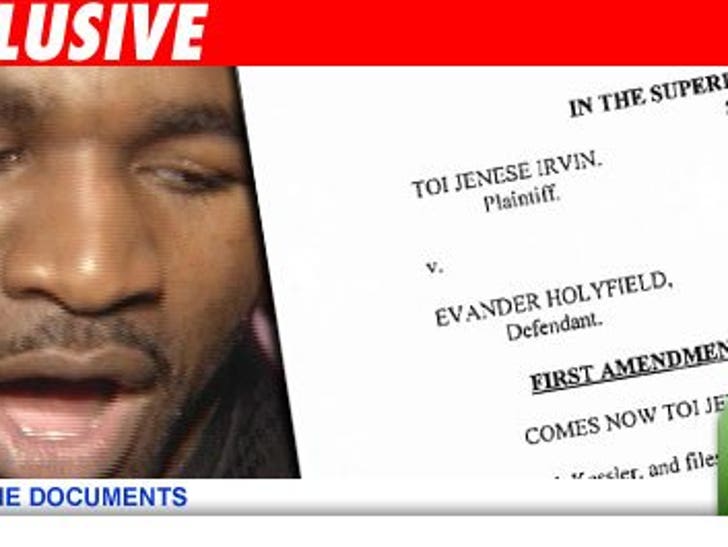 Evander Holyfield better get back in the ring and make some money -- because according to court documents the boxer hasn't paid child support for his 10-year-old son Evan in three months! 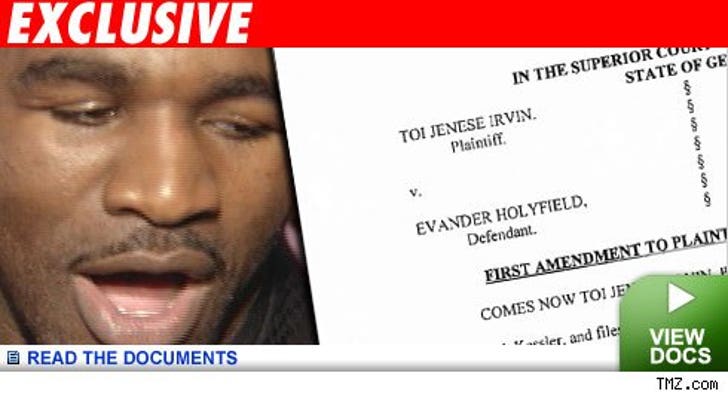 Holyfield's baby Mama, Toi Jenese Irvin, is demanding Holyfield either pay his $9000 debt in full -- or go straight to the pokey. Irvin also says Holyfield dropped their son's health insurance -- something he's required to do by a judge.

In addition to Evan, Holyfield has ten other children.