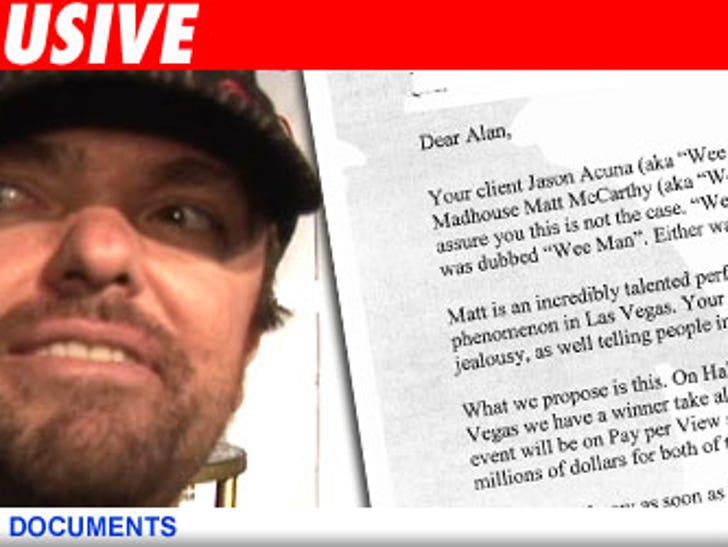 Wee Man might be facing a regular-sized butt whooping. 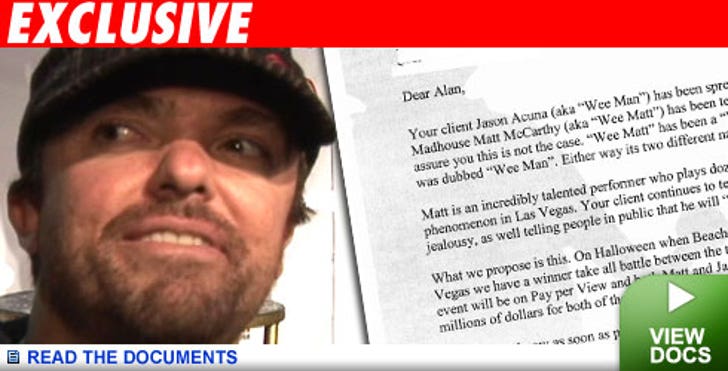 Let us tell you a little story. Wee Man, of "Jackass" fame, is pissed off at Vegas performer Wee Matt. Wee Man claims Wee Matt has been telling people he's him -- not for money, but for chicks. Now Wee Matt is pissed at such an accusation and wants to fight Wee Man for a little honor.

Wee Matt, through Vegas impresario Jeff Beacher, is challenging Wee Man to a fight -- for $100,000. The proposed bout would take place at Beacher's Madhouse in The Mirage Hotel on Halloween. We're hearing both sides have agreed verbally, but nothing is down on paper yet.