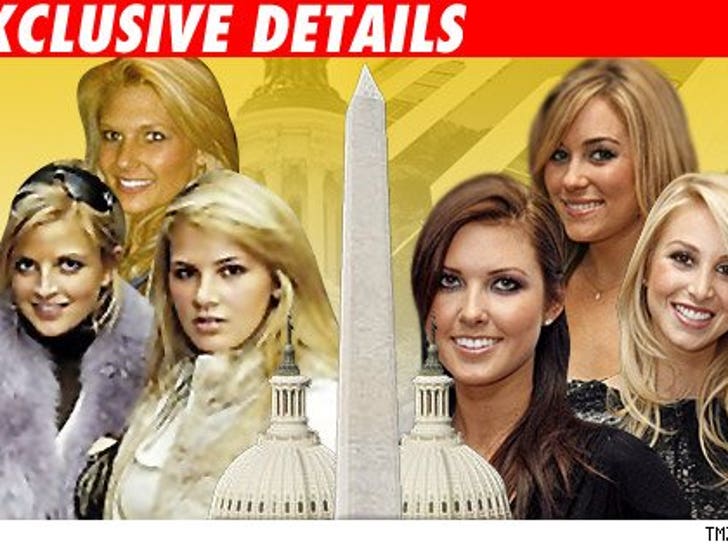 Can you imagine LC in DC? Yes, we're serious: there could be more uptalking socialites invading the airwaves. 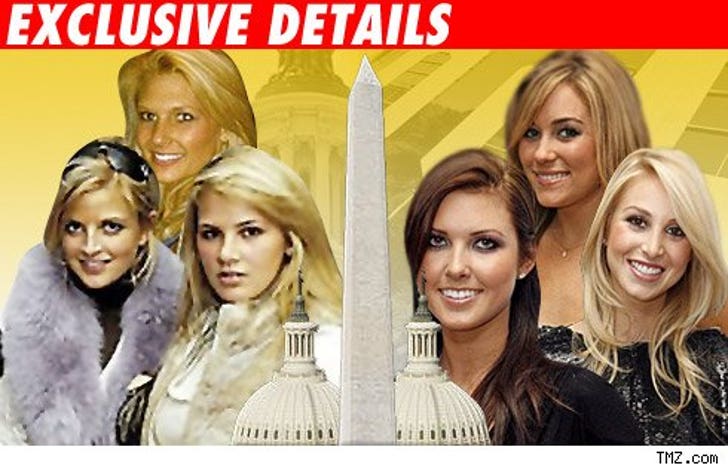 We're told that the Hill's version of "The Hills" is going to start shooting in the end of August, and that the Beltway babes could make the O.C.'s girls look, like, totally mild. Besides web consulting guru Katherine Kennedy, the names you may be hearing a lot more of are Sophie Pyle, and sisters Krista and Alexa Johnson -- who all call themselves the "Blonde Charity Mafia" because of their philanthropy work.

No guys have been cast yet -- but they're "looking." As for what these girls will be paid to have their lives exploited 24/7, we don't know a dollar amount ... but we're told it's "enough."

They were discovered -- and who isn't, really -- on the Internet at something called LateNightShots, a kind of SpyonVegas for the Capitol set. As Patrick Gavin and Jeff DuFour of the Examiner's Yeas and Nays revealed earlier, MTV, Bravo, and the CW were considering picking up the show -- but MTV says no go.