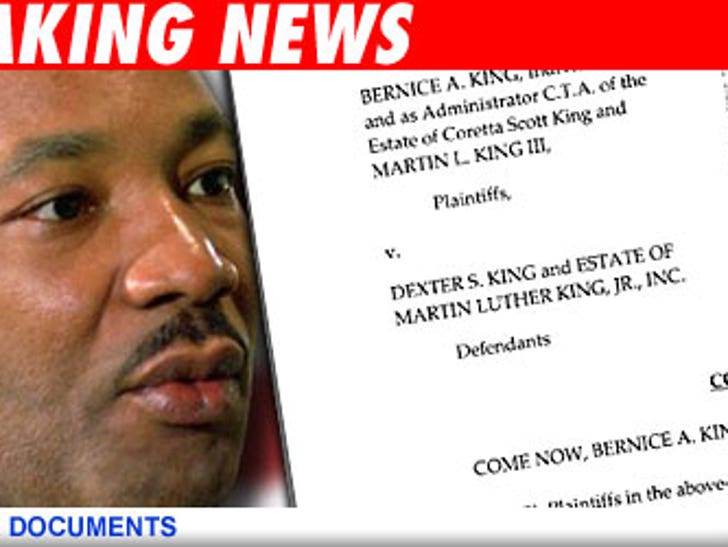 His dream was that one day his children would be judged by the content of their character. Now, two of Martin Luther King, Jr's children say the character of one of their siblings sucks. 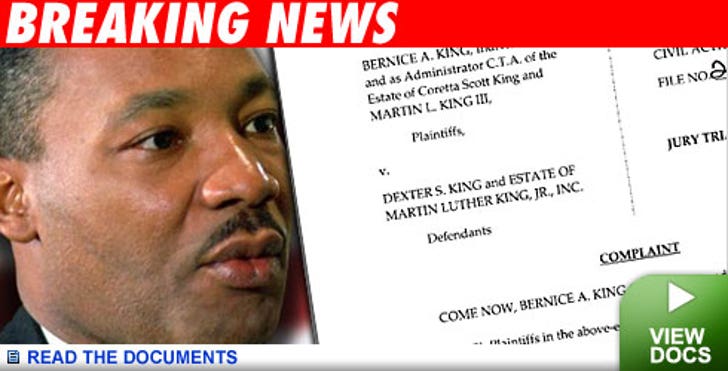 Bernice King and Martin Luther King III are suing Dexter King, alleging he took "substantial funds" from the Estate of Coretta Scott King and put them in his personal piggy bank for his own use. They're crying fraud.

Bernice and Martin III have demanded a jury trial in Fulton County, Georgia.

Coretta died in 2006. The Kings had four children. Yolanda died last year. So the three surviving kids are fighting over money.

By the way, Bernice and Martin III are being repped by Johnny Cochran's law firm. The late J.C. was also one of the biggest civil rights forces in the U.S. of A.