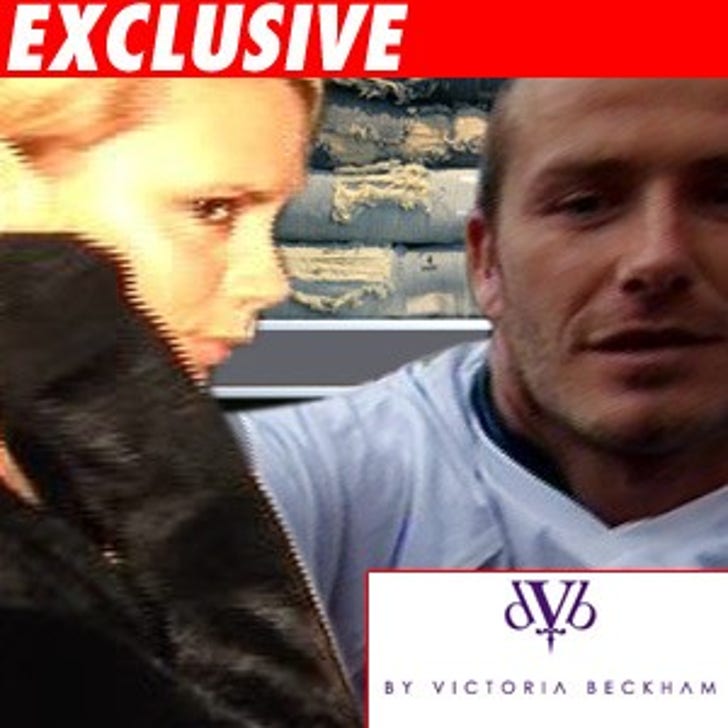 We contacted Kitson -- the first place in L.A. to market the duds -- and they told us they have "nearly 600 pairs" of the jeans left over from their original stock from April 2007. And even some of Posh's favorite stores -- like Maxfield -- have dumped the line into their second-tier stores, and major department chains, we're told, have had "dismal sales."

Not surprisingly, Posh -- and Saks -- tell a different story.

Posh's people tell us, "The dVb collection by Victoria Beckham continues to be sold in Saks Fifth Avenue as well as many of the finest specialty stores around the world. dVb has developed a solid customer base globally. The dVb men's capsule collection is on target to launch in late Fall 2008 as originally scheduled."

As for Saks, they tell TMZ, "Saks Fifth Avenue is a committed supporter of Victoria Beckham and the dVb collection. We have had successful personal appearances in the stores, huge customer response and we will continue to watch and support the development of the brand."