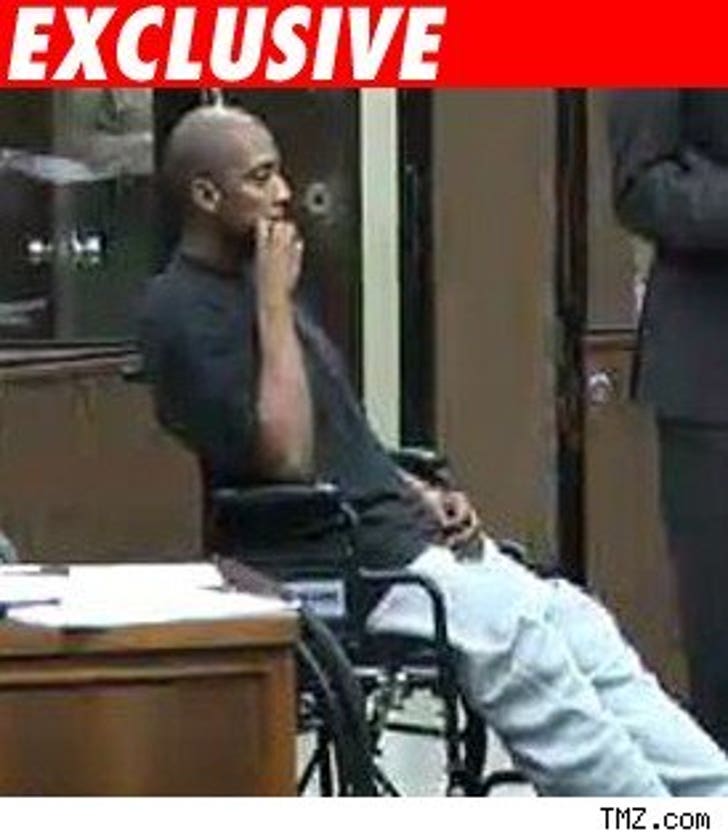 Nate Dogg was just in a Compton courthouse up on a slew of charges -- and the judge remanded him to custody, pending bail.

Nate, real name Nathaniel Dwayne Hale, looked like a shell of his former self, remaining in a wheelchair for the entire court proceeding. His bail was set $100,000 and he'll remain in custody until he posts bond. He pleaded not guilty to the felony charges. A protective order was also issued against Nate, and he was ordered to stay 100 yards away from his ex, Latoya.

Latoya claimed Dogg was barking death threats at her and "dangerously" following her on the 405 freeway in L.A. last month.

UPDATE: Nate Dogg posted the $100,000 bond and left through an underground exit.