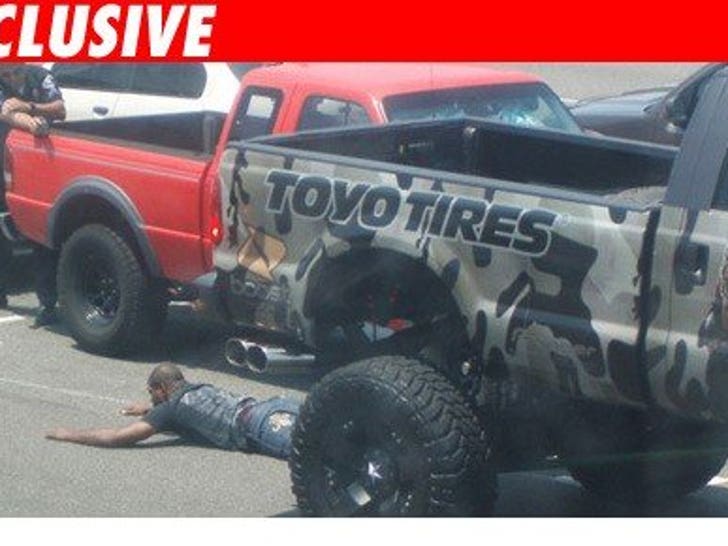 When the Toyo tire company decided to officially sponsor Rampage Jackson and plaster their name on the side of his monster truck, there's no way in hell they could've expected this kind of exposure in return 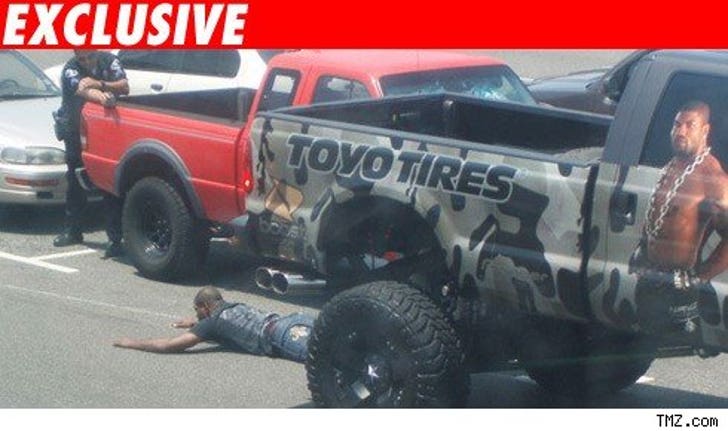 Now, the company, who's name was clearly displayed on Rampage's mayhem-causing, fear-inducing billboard on wheels has made it clear they have no intentions of dropping the fighter -- even though he managed to blow out one of their tires during the police chase yesterday.

Any publicity is good publicity, right?