Denise Richards went to court this morning, asking the custody judge for an emergency order restricting Charlie Sheen's access to their kids. 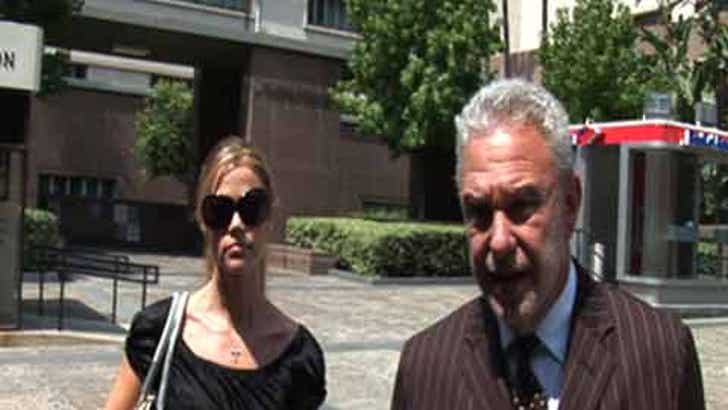 Denise and her powerhouse lawyer, Neal Hersh, went into a closed emergency hearing today. We're told they told the judge there's a serious issue in Charlie's home that could have an adverse impact on the kids. The issue, we're told, is psychological and Denise wants professionals to evaluate things. In the meantime, she doesn't want her kids hanging around there.

Our spies say the judge, who's sitting in for the regular judge on the case who is on vacation, put the matter off until Monday.

Hersh told TMZ outside court, "These are serious issues regarding the children. I would hope we will be graced by Charlie Sheen's presence in court on Monday -- if he takes these matters seriously regarding his children, like Denise does."

UPDATE: Marty Singer, Charlie's lawyer, tells TMZ the judge made it clear she would deny Hersh's motion and only then did Hersh ask to withdraw his legal papers so he could re-file with a different judge on Monday. Singer added, "It's clear Mr. Hersh went forum shopping because he knew this judge was going to deny his relief ... It is most unfortunate that Denise Richards and her attorney are desperately trying to deprive Charlie Sheen of visitation with his children, and at the same time obviously trying to create a media circus designed to help publicize her reality show."