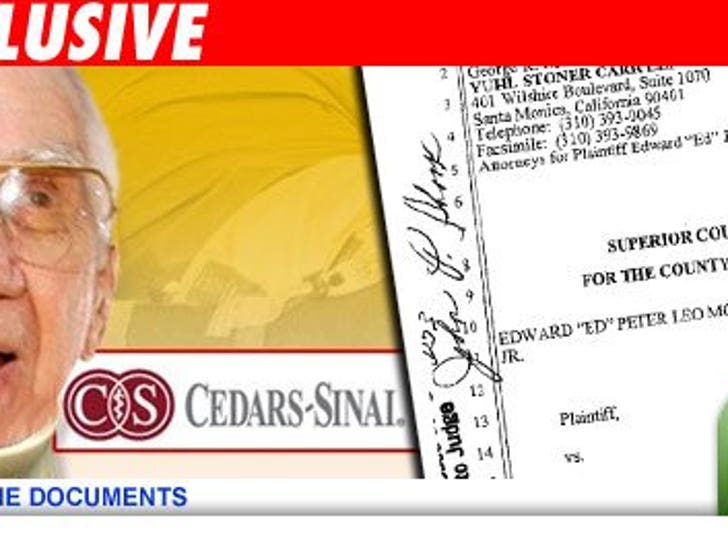 Ed McMahon is suing Cedars-Sinai Medical Center in Los Angeles and billionaire Robert Day for his slip and fall at Day's house, which resulted in Ed's broken neck. He's claiming, among other things, malpractice and elder abuse. And he says Cedars made him feel like "a bobble head." 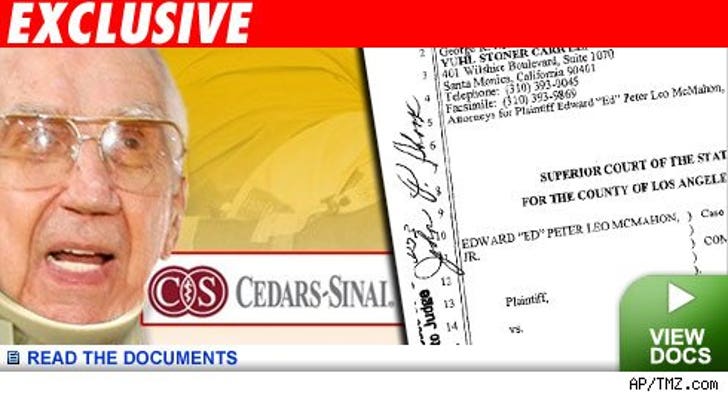 In 2007, McMahon went to Day's home, slipped on what he calls "unsafe entry stairs," reached for non-existent hand rails, fell and broke his neck.

He was taken to Cedars, and in a lawsuit filed today in L.A. County Superior Court, claims the docs "failed to take an X-ray of McMahon's cervical spine, in spite of his complaints of severe neck pain." McMahon claims he was released by Cedars with a broken neck when he should have been treated.

McMahon's suit says he was so given the bum's rush in and out of Cedars that "he felt like a bobble head."

As for the elder abuse claim, the lawsuit alleges elderly patients are prone to these injuries and Cedars should have been heads up.

Day, by the way, is the founder of the TCW Group, an investment management firm. The firm handles $130 billion in assets.

McMahon's rep, Howard Bragman, says, "We had hoped to avoid a lawsuit, but our discussions were not fruitful and we were left with no other options. That being said, we believe our suit has great merit and we expect a favorable resolution."

McMahon is suing for unspecified damages. Calls to Cedars were not immediately returned.