For those of you who had 173 minutes time served in the office pool -- drinks are on you! 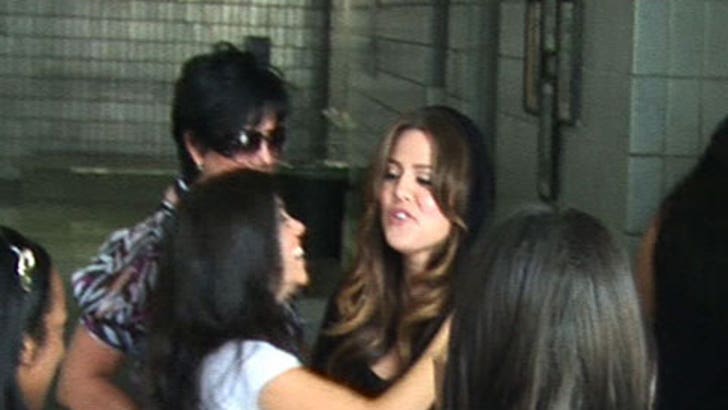 According to the L.A. County Sheriff's Department website, Khloe Khardashian is now on the loose again, free as a bird to party it up at Hyde and dine at Wendy's.

How's that compare to her fellow celeb inmates? Nicole did 82 minutes, Lindsay did 84. Khloe did roughly 100 more minutes. That's a hardened criminal!

A Sheriff's spokesperson tells us she was released because female inmates are eligible for early release due to overcrowding. We're told there's only one female jail and it's "busting at the seams."

UPDATE: Khloe's uber-attorney Shawn Chapman Holley has just issued the following statement: "Khloe was prepared to serve her entire sentence if that is what the Sheriff's Department had ordered. Having said that, she is, of course, happy to have been released and she is looking forward to fulfilling all the conditions of her probation."