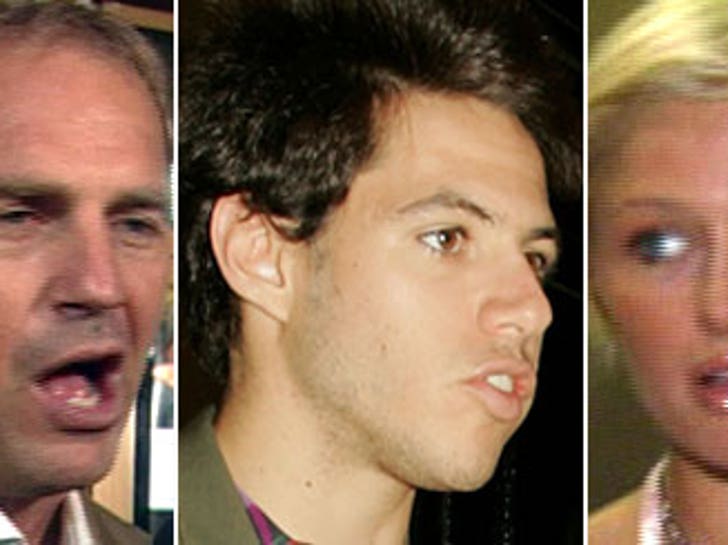 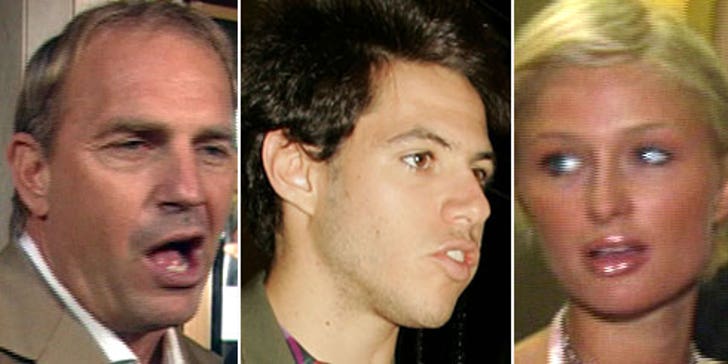 Probably not, but back in 2005 the Greek shipping douche -- whose family's worth is in the billions -- was engaged to Paris Hilton. Cut to three years later, and Latsis (middle) is still giving his cash to mooching stars like Kevin Costner, Cameron Diaz and Ricky Gervais ... but this time as a full-blown movie producer!

His first project, Costner's new film "Swing Vote," looks about as good as Paris Hilton would in the morning. Other Latsis-funded productions include "The Box," starring Diaz and James Marsden, and "This Side of the Truth," written and directed by Gervais.

It just goes to show: removing Paris Hilton from your life only leads to good things.