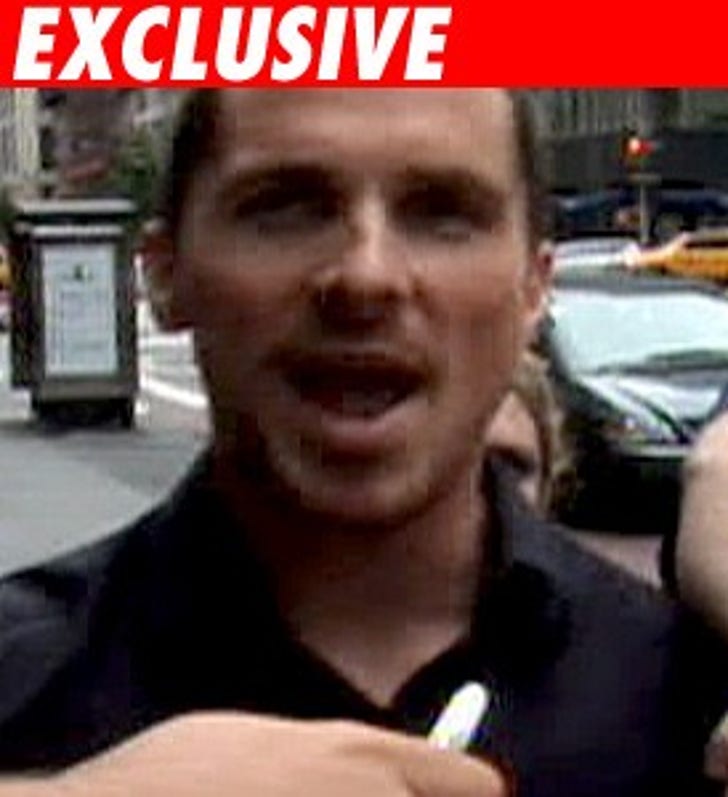 The Dark Knight just got a whole lot darker.

British police sources tell TMZ Christian Bale has been arrested and is still being grilled on allegations of assaulting his mom and sister Sunday, the night before the London premiere of "The Dark Knight."

Bale went to a London police station this morning by appointment and was arrested there.

The official word from Scotland Yard is that "a 34-year-old male" was taken into custody "in the late morning today" in a police precinct in Central London (Bale is 34). They tell TMZ the allegation emanated from another police agency, but that the incident in question took place in London.

Bale once told E! Online, "If everyone really knew what a jerk I am in real life, I wouldn't be so adored in the slightest."