Janice Dickinson was stopped by cops today for committing Hollywood's hottest offense. Not DUI -- driving while on the phone. Actually, she still can't get arrested in Hollywood -- she just got a ticket. 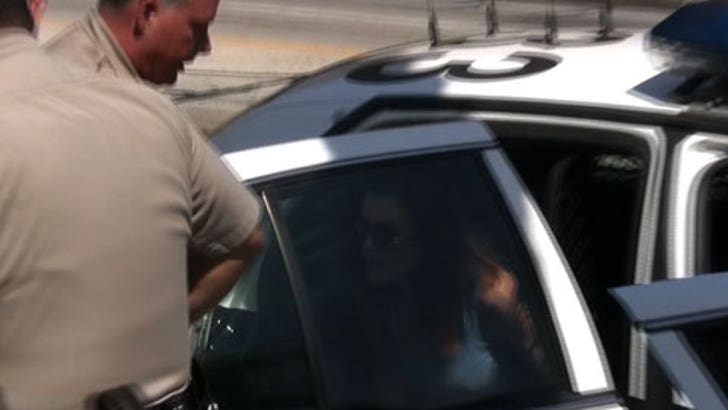 Janice was driving with her son on the Sunset Strip and yacking on her cellphone when she was pulled over by West Hollywood Sheriff's deputies. Janice was really pissed when she saw a papper jaywalking in the middle of the street, presumably to get a shot of her. She pitched a fit, and the pap got cited. Two other pappers got tickets for driving without license plates.

We're told that Janice was actually put in the back of a patrol car, but a deputy told TMZ it was because there were so many paparazzi around they feared for her safety.

According to her rep, Janice is a "model" citizen and fully cooperated with the cops.