Brett Farve's retirement may have come one year too soon -- and our pap thought it was because Dennis Hopper's retirement commercials gave him the wrong idea. 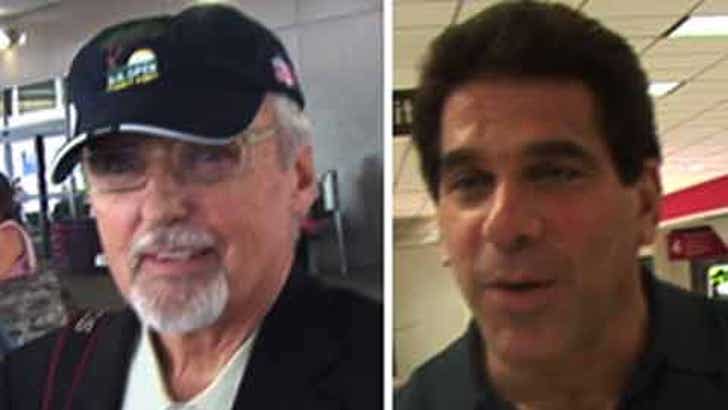 Also in L.A.: Kendra Wilkinson followed in Hef's slow wake, Chris Reid made the worst Batman joke ever, Lou Ferrigno showed that he's still the biggest actor around and Jamie-Lynn Sigler got mistaken for someone even less famous than her.

In New York: Mariah Carey blew past her fans again and Samantha Ronson and Lindsay Lohan continued to be inseparable.