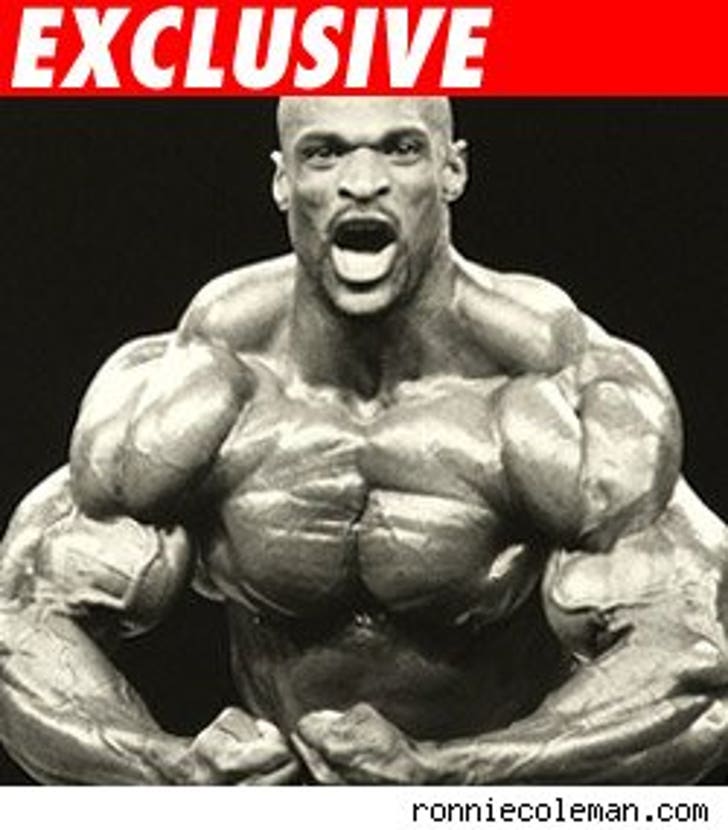 Ronnie Coleman, who has been crowned Mr. Olympia (do they crown them??) eight times, is suing Gold's Gym for allegedly using his muscles to lure in members.

In a lawsuit filed today in L.A. County Superior Court, Coleman claims Gold's used a photo of him to advertise Gold's ... a photo that was plastered on posters.

Coleman is suing for misappropriation of image, invasion of privacy and unjust enrichment. He's seeking unspecified damages and an injunction putting the kibosh on the poster.