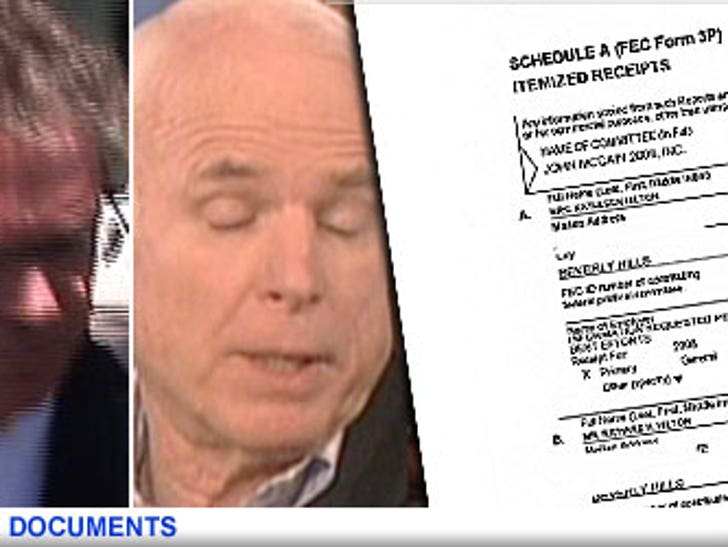 This has gotta hurt. We did some digging and found Rick and Kathy Hilton gave the John McCain campaign $4,600 this year, and Johnny boy has now taken a shot at their lil' girl. 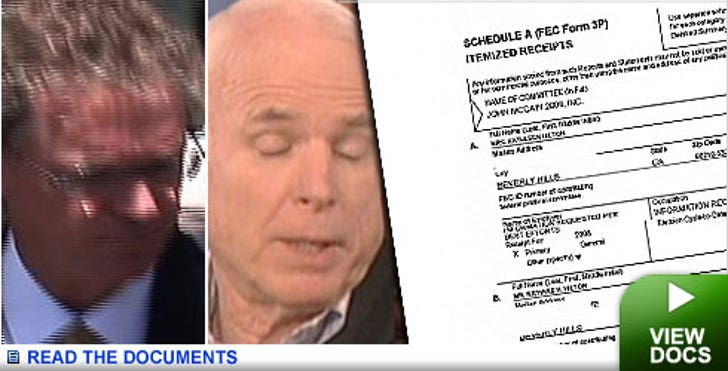 According to the Federal Election Commission website, the Hiltons contributed the dough last March. Initially, Rick put up all the $$$ but in April it was split between him and his wife.

Now McCain is taking a shot at Obama, using Paris as his ditzy weapon.