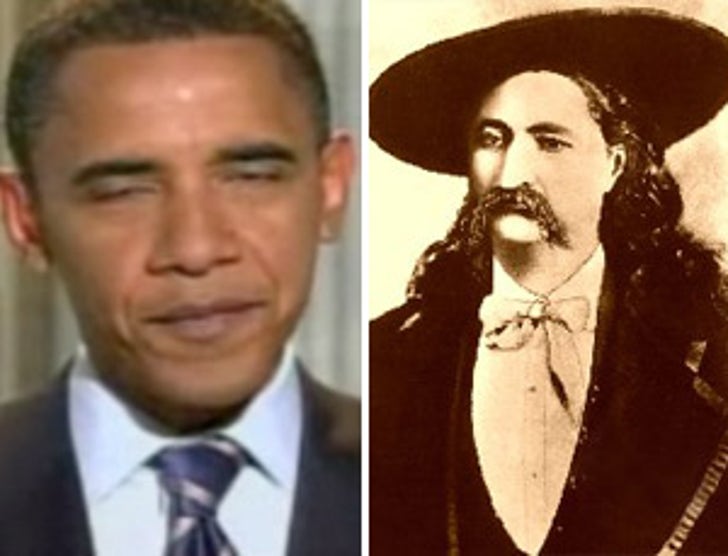 John McCain better watch his hide -- Barack Obama's got a real bona-fide gunslinger on his side.

Turns out that Obama and Wild Bill Hickok are cousins -- ok, so sixth cousins, six times removed -- but they're still related.

Obama fessed up during a speech in Springfield, Mo. The crowd thought he was joking. But the St. Pete Times found out that it's true ... just like Barack and Brad Pitt are ninth cousins.